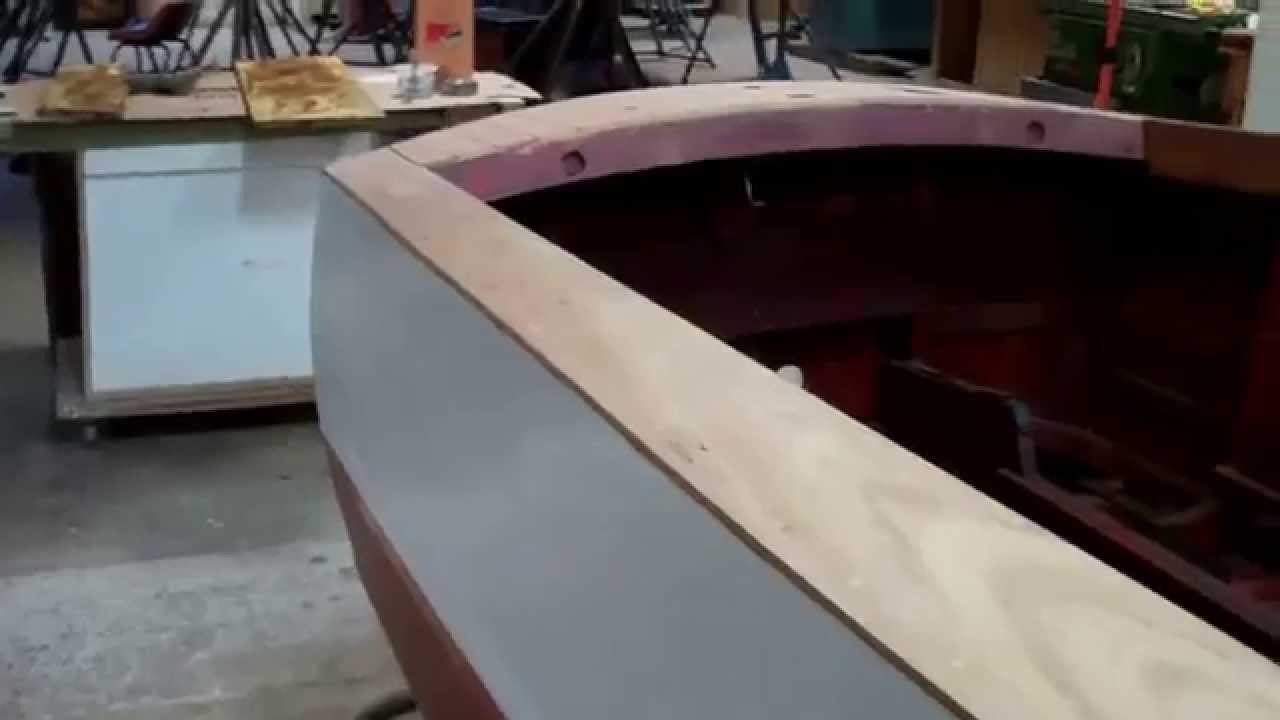 We could not be more pleased to have reached this milestone. We knew we had no choice but to plank the decks anew, but she was holding another secret beneath her tired, split and just plain worn out original decking.

Not only were both decks dripped and broken away from their respective connections to the gunwales, the balance of the framing had become distorted and disconnected over time. When we positioned several trial planks across the foredeck, a pronounced and ill-positioned hump was evident on port, while the starboard side was essentially flat. The aft deck had similar issues.

Our strategy for addressing bringing the decks back to their proper shapes and strength involved releasing and re-fastening the individual elements under pressure. Once everything seemed to be in place, we fastened the newly-fabricated planks, holding our breath all the while.

That we succeeded is evident in this clip. The foredeck has regained its correct “domed” shape. The bulkhead is firmly attached at both ends. And RJ can stand on the deck without deflecting it.

Addressing the aft deck required releasing and replacing much of the framing as the end of most of the members had suffered serious degradation over the years.

Bleaching is next, followed by staining. Only then can we begin rolling and tipping coats of varnish.