According to Tom Koroknay, 893 23-foot Lyman Runabout were built from its introduction in 1957 until the end of 1960.

“The 23-foot Inboard Runabout was one of the best rough-water boats that Lyman ever made…. All of these inboard models were basically earlier versions that were stretched and widened until the desired length was achieved. Thanks to this trial-and-error method, the 23-foot hull was nearly the perfect combination of beam and length and featured the traditional Lyman soft entry, rounded chine, and slight dead rise in the stern…” “Standard inboard construction was used for this model also, but the ribs were increased to 1-1/8-inch with the standard 13/16-inch thickness, and placed on 6-inch centers.” (Tom Koroknay, Legend of the Lakes, p. 98)

It took less than a heartbeat to agree on the transaction when I learned from Dave Ramsey, Ramsey Brothers Restorations in Toledo, Ohio, that hull number E1083, powered by her Chrysler Crown M47, was available. So I asked Trailer Outlet in Tilton, NH, my go-to source of Sea Lion trailers, to get an appropriately spec’d trailer to me. Joe’s son delivered it last Friday, and I left midday Monday for a trek that took me first to Toledo to load the Lyman and then to Marine City, MI and Robert Henkel’s engine shop, Peter Henkel Inc., to pull the engine for a total rebuild.

With 1,484 miles logged, the Lyman and I arrived in Vermont late last night. The hull is in remarkably sound shape. That the keel is straight as an arrow is a huge plus. Her four-plank, solid-mahogany transom needs nothing more than stripping to bare wood, bleaching, staining sealing and varnishing. We will know more once the paint is off the hull, but the crew and I went over it today. Other than the typical gripe-knee gapping, there is little to be worried about. The foredeck will get most of our attention. The previous owners replaced the foredeck’s port panel with some sort of mongrel plywood. She will have a proper ribbon cut foredeck when we are through. And the white pegboard ceilings? Happily Dave removed the one on port, but left to us the fun of releasing the one on starboard. (Fortunately these folks cut the peg board around all of the seating and bracing!)

I am certain other surprises await us. For now she’s in storage and in line to come into the shop, but I fully intend to have her on the water soonest after ice-out next spring! That I began building a great relationship with Dave, his dad and brothers who comprise Ramsey Brothers was the best part of the whole trip! 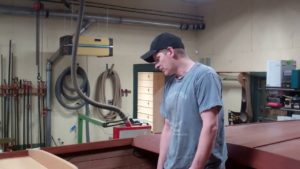 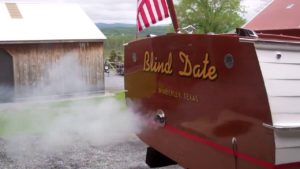 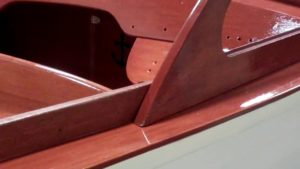 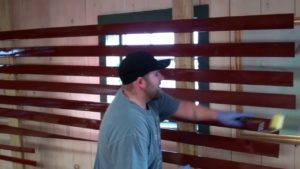 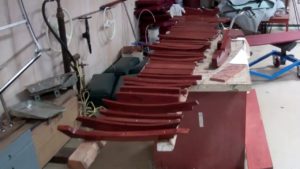 1957 Lyman Runabout – How to Varnish update 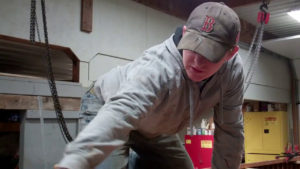 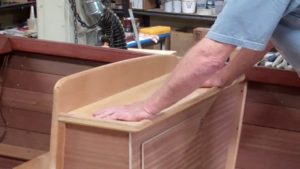 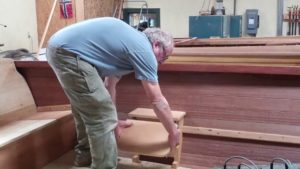 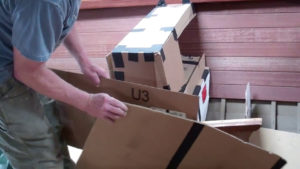 1957 Lyman Runabout How to Mock Up Helm Station Seating

1957 Lyman Runabout: How to Fabricate and Install Ceilings 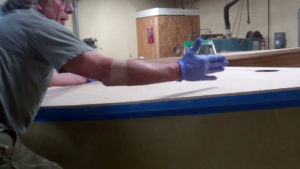 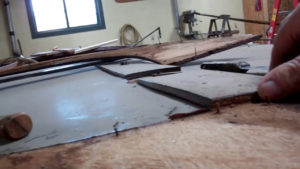 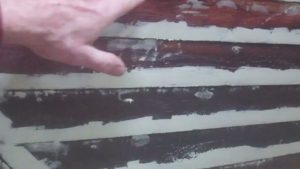 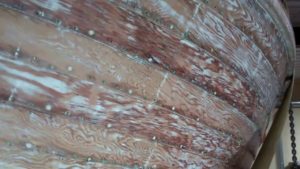 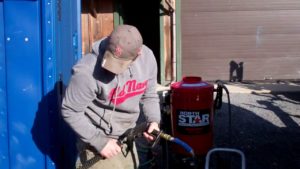 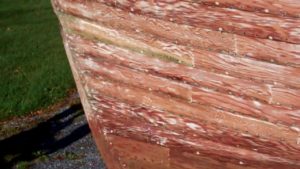 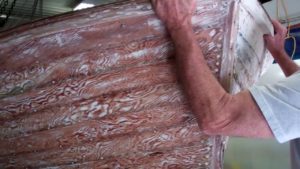 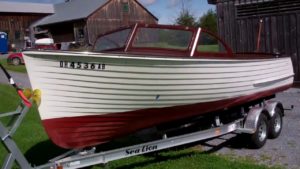