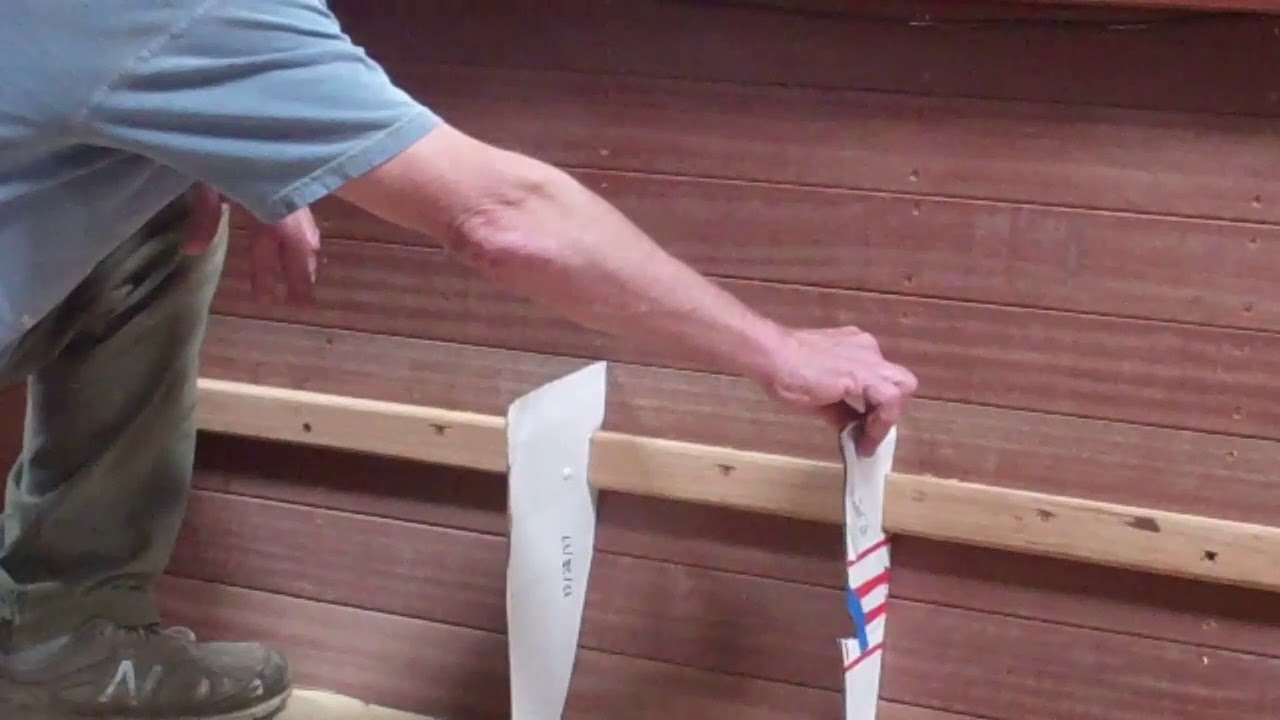 John is in the process of doing his magic with wood once again.

Her owners challenged him to design and fabricate a pair of folding boarding steps that doubles as jump seats mounted to the 1957 23’ Lyman Runabout’s port and starboard hullsides just aft of the engine box.

As with mocking up the new pass-through helm seating and locker configuration, John reached for cardboard. We left him alone.

That the hullsides are somewhat concave both vertically and horizontally, meant that he could not simply fabricate a matched pair of mahogany wall mounts. The aft mount is thinner; its shape is different, as is the required bevel needed so the mount lands flush against the hullsides. John attacked the port mount early this morning, and by late this afternoon had roughed out a structure that works.

But, rather than steal his fire, I will hand it off to John ….