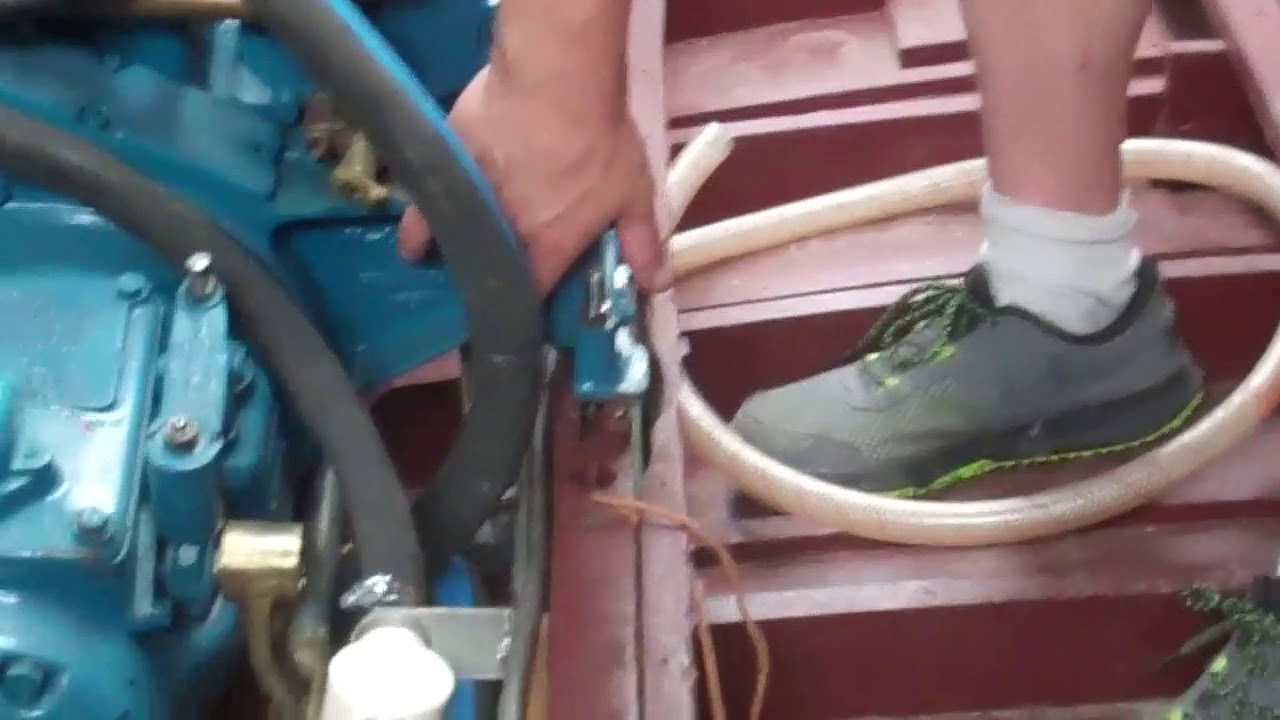 After dealing with two engines that had been run in Lake Champlain for two seasons post-rebuild that were overheating, we will now routinely recommend, read insist on installing a sea water strainer between the raw water inlet and the water pump in every boat we preserve.

In both cases, starting at the water pump and continuing into the exhaust manifold, the engines’ cooking systems were fouled with grit and remnants of vegetation.

Installing a strainer in this Chrysler proved particularly vexing as the water pump lives directly beneath the exhaust elbow, thereby denying us the room needed for an easy install just above the raw water thruhull.

Instead, RJ designed and plumbed lines running beneath the engine from the thruhull to the strainer and then back to the water pump.

Let’s face it. Winterizing is nothing but a chore, and usually a frustrating one. We add a gate valve at the raw water inlet and plumb a garden hose line through a T that continues to the water pump.

The raw water inlet runs into one leg of the T with the winterizing line running into the other one.

Closing the inlet gate valve and opening the winterizing gate valve allows water or antifreeze to be drawn from a five gallon bucket through the garden hose and into the engine.

We will use at least five gallons of antifreeze when winterizing an engine. (Just beginning to run pink out the exhaust is necessary but not sufficient for thorough winterization.

Once the exhaust is running full pink and the engine is shut down, we open stopcocks and any other valve in the block and at the bottom of the water pump.

Note that this winterizing system also affords a simple and straightforward flushing system for boats run in salt or brackish water.

Our system makes these chores easier, but they are still no fun!