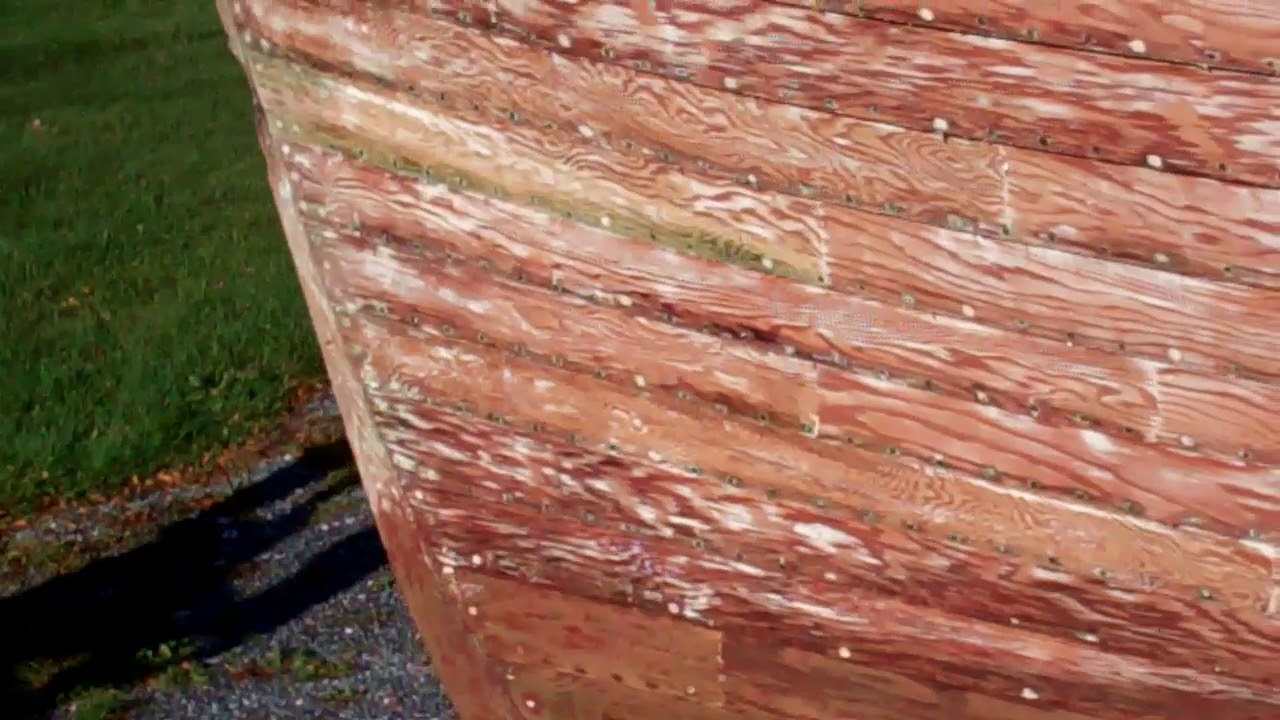 Simply put, there is nothing sexy or exciting about stripping paint and varnish, unless building shoulders and core muscles is your thing! Happily, save for below the waterline and the myriad components we must still strip, the nastiest part of this process is a major milestone that we are thoroughly enjoying fade into our wake.

But it is done! The 1957 23-ft. Lyman runabout’s topsides and transom are bereft of paint, varnish and stain.

We’ve also stripped most of the bottom paint off the first three or so strakes from the waterline down. At the behest of a SMB YouTube Channel subscriber, who swears by a product named Ultra Strip for stripping bottom paint. I bought a gallon for testing, and…

Hmmm, I agree, there are zero VOCs, and its jelly-like consistency hangs on the vertical surface. However….

We tried applying it with a stiff wallpaper brush and with a wide putty knife, and eventually had a thick layer on starboard. After leaving it to “cook” for four hours, per the directions, I tried scraping an area.

Even though there are only two coats of ablative bottom paint below the waterline, very little of it had been softened. We tested at six and eight hours, when, finally, the glop was ready for scraping. Perhaps the worst part of this experience was the maroon-colored glop that made a mess everywhere – Tyvek suits, scrapers, gloves and shoes. As always happens, some of the scrapings dropped outside of the cardboard sheets we laid out to protect the concrete.

Here we had to use a floor scraper, but have been left with stain blotches on the concrete. We applied two successive coats of Circa 1850 Heavy Body Paint and Varnish Remover to the same strakes on starboard, allowed it to “cook” for half an hour, scraped most of the paint down to bare wood, and escaped the maroon lakes we experienced on starboard.

She’s back on her trailer until the heating component of our pressure washing system arrives next week. Then we will clean her bilge and all interior framing before we bring her back into the shop for bracing and flipping.

The condition of her hull components continues impressing!