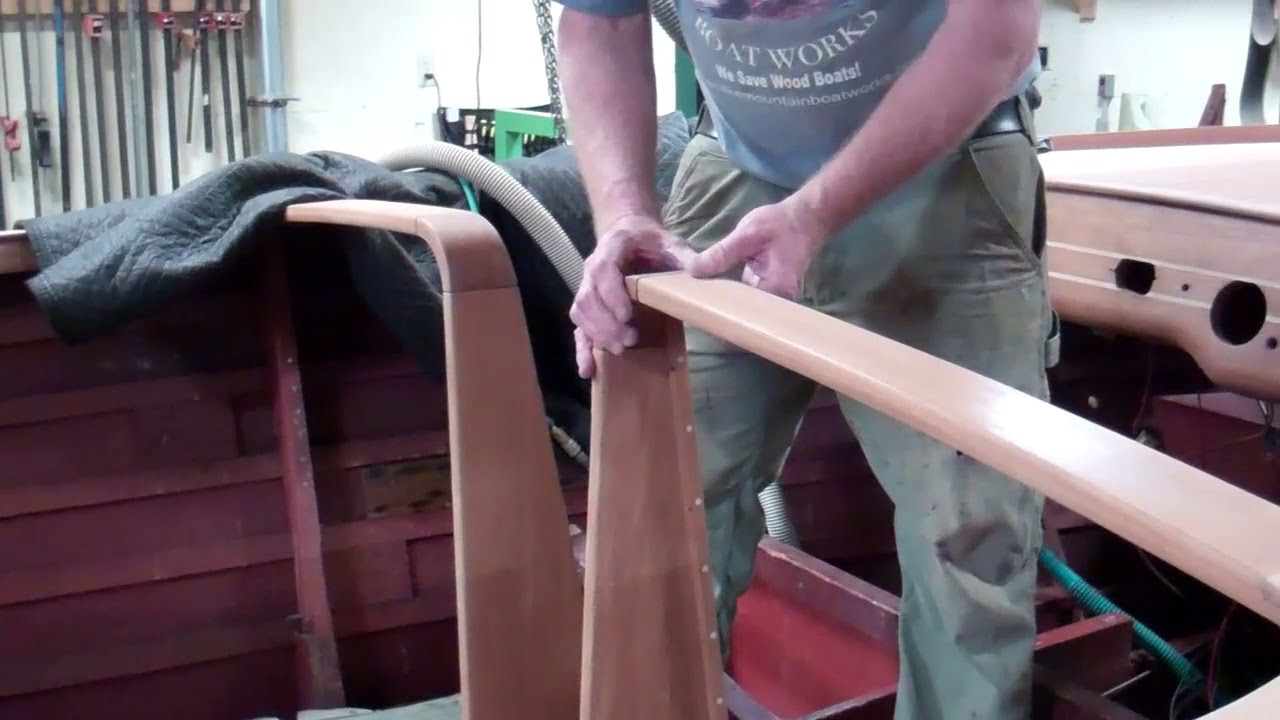 It has now been about one year since the 1946 Chris-Craft Brightside U22 arrived at the shop. Our initial Scope of Work involved installing a True 5200 bottom and cleaning up some cosmetic issues. Our goal was to have her back home in the Muskoka Lake Region of Ontario, Canada and ready for the 2017 boating season.

It was not to be. Once flipped, we had a dickens of a time getting the hull to sit squarely on a pair of boat dollies. Sadly, she was twisted. The project grew.

Then, having released two layers of bottom planking and the keel, that she had serious structural issues, starting with the chines and chine frames, and continuing through almost all of her bottom and transom framing. The project grew again, and, at this point we and her super-supportive owner family knew we were in for a major preservation project.

Now, one year later, her hull is true, she sports a True 5200 bottom and new chines. Most recently, John has focused on stripping the decks, covering boards, and everything finished bright in the cockpit. He released all of the white Sikaflex-like material in the deck seams and sharpened the seams’ edges using a variety of reefing hooks.

Every split, dent and ding in the topsides, transom, decks and covering boards has undergone John’s Dutchman-repair procedure. We saved every piece of original wood in the process. The entire surface has been sanded with 40, 60 and 80 grits using a Hutchins longboard sander. Since it is Friday, when the shop typically closes at noon, we very likely will hold off launching our bleaching process until Monday.

We’ll give the hull the better part of a week, maybe longer, to dry to our target 12-15 percent reading on our moisture meter.

Then we will stain, launching another milestone into our wake in the process. Two to three days later we will seal all surfaces with multiple coats of CPES, give it forty-eight hours to cure, and then the fun truly begins. Once the Sikaflex seams are filled and the material cures, which takes several days, we can commence with varnishing!

There is nothing like that first coat of varnish for transforming a dull, stained hull into the beginning of the mirror-like gloss we will deliver some twenty to twenty-five coats later.

A Christmas completion is not out of the question. Yes!