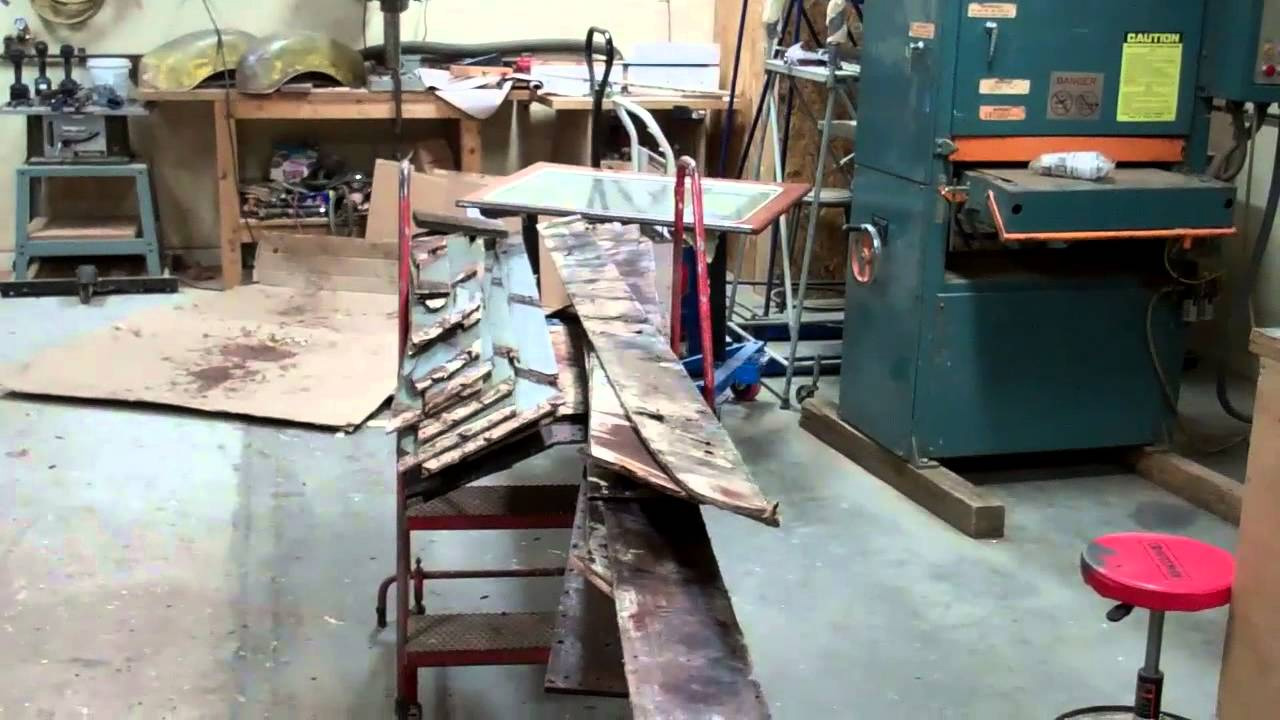 I am halfway home on the first step of installing a true 5200 bottom on my 1953 Shepherd Sportsman. As of a few minutes ago, all of the starboard side bottom planking has been removed, exposing the frame members to cleaning and careful inspection.

Simply put, the inner planking, which was fabricated with 3/8” mahogany will be useful for patterning, but not much else, which is fine. It will be replaced with Okoume’ marine plywood, which will impart substantial additional strength to the hull.

The outer planking by contrast is solid, easily cleaned and will be reinstalled.

I did encounter a repair of the plank running along the chine. Two short planks, each of which is about 30” long were installed one ahead of the other, and ahead of the cut-off remained of the aft-most plank. The latter plank is about 50” long. Honest!

Since that longer plank had to be released to have the damaged section cut out, why this person failed to execute the repair using a single new plank that began at the transom and extended forward about 9 feet is at least baffling. Must be he/she had a couple of short lengths of mahogany lying around, so why not just screw them in place?

We will replace this mess with a single plank.

Other than one cracked rib that we will replace, the frames are as solid as stone, and, save for one other frame, the fasteners are tight.

Tomorrow I “get” to begin on the port side. Yahoo!