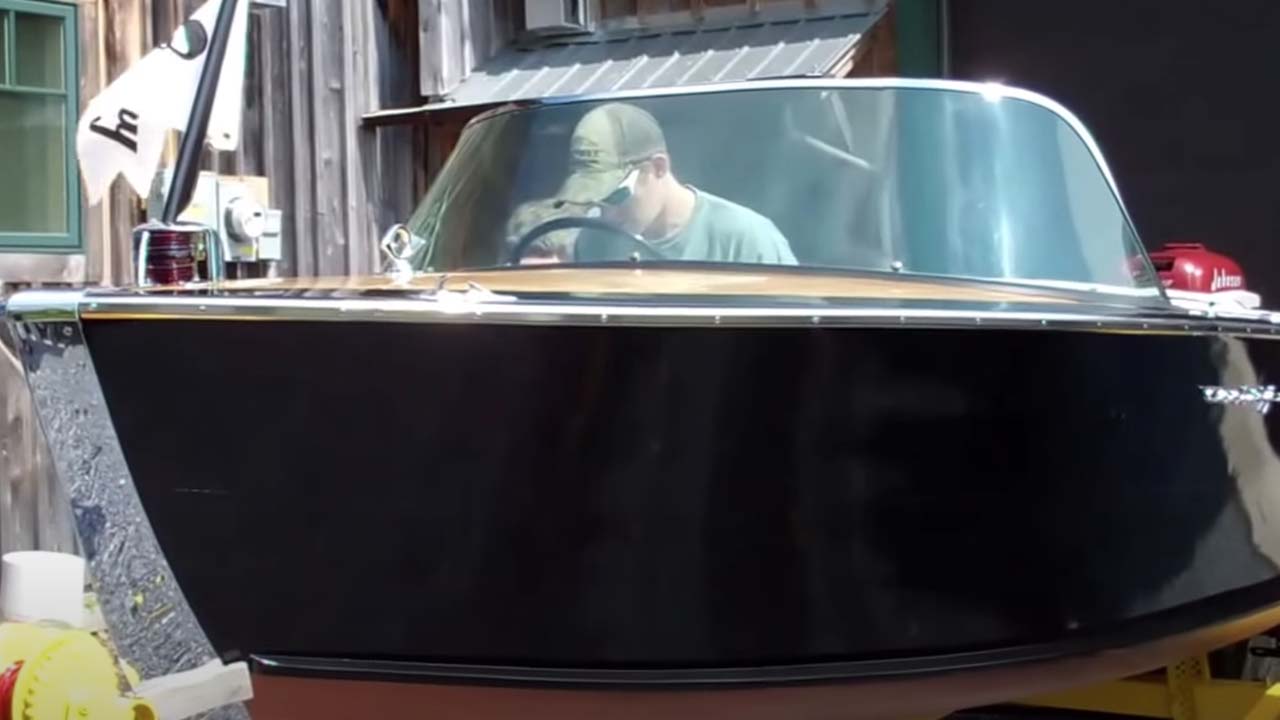 We bought her and her original Tee Nee trailer on November 25, 2013, from the eastern end of Long Island, NY, where she had been lying in a dry building for some time. Here is the video I shot that Sunday and Monday.

We had previously restored several bright-sided Palominos, but hull number P 5652, was the first “black” one to come into the shop. She was represented as a 1957, but, with super support from the Century Boat Club members, I learned that she is in fact a 1956, the only year Century offered this particular model.

She was and remains remarkably original. Save for her bow and stern flags, both of which we have saved for her next owner(s), and her seat cushions, nothing but cosmetics and Fran Secor’s (Otega, NY), rebuilding her original 30 HP Johnson Sea Horse engine, nothing has been changed. Even her original hull number remains deeply punched into her bottom transom plank.

We saved the original seat cushions, but, unlike the rest of the upholstery, which is virtually like new, these cushions were just too sunburnt and cracked to save. However, with the help of Dave at A&A Marine, we were led to the manufacturer that originally supplied the cowhide fabric to Century. One partial bolt of NOS, 1956 fabric remained in their inventory. We bought all of it.

Finally, today, we pulled everything together and test ran the engine, which passed with flying colors.

Her sea trial is next, but the weather gods are not smiling on us. Lake Champlain is being buffeted by strong winds today, and tomorrow’s forecast is not any better, so we will pivot to next week and share her return to the water with you.