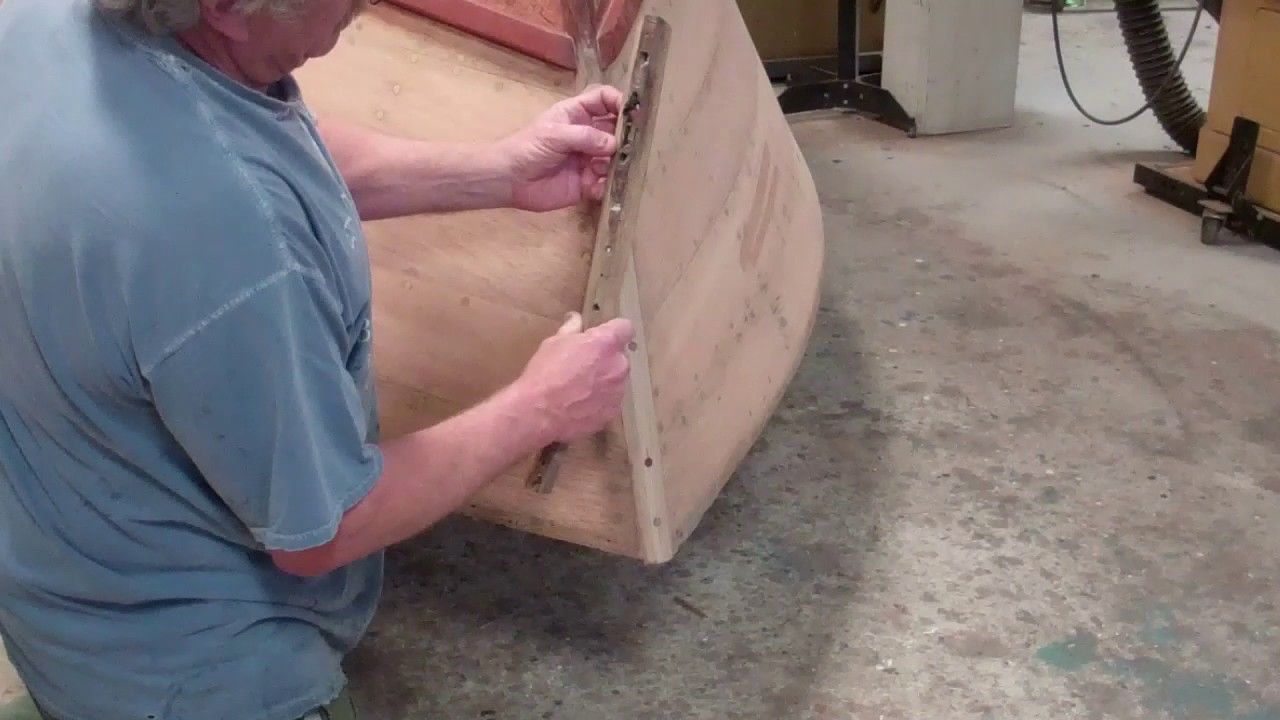 The 1959 17’ Chris-Craft Deluxe Sportsman passed several critical milestones this week. All Dutchman repairs, and there were many of them, including replacing half of the stem, have been executed.

Two of the most challenging repairs involved the framing at the top of both aft corners of the hull. Extensive rotted material was released with new framing fabricated and installed. Dutchman repairs on both corners completed the task.

John replaced well north of two-hundred fasteners that had failed, each of which has been bunged anew.

Sanding the transom and topside planking fair and flat followed, and proved to be a bear of a challenge. The boat has been sitting and exposed to the elements for some decades, during which time the topside planking expanded and contracted, and became bowed in the process. John was able to save every plank and deliver a completely flat outcome. Doing so, however, required starting with 40 grit paper and sanding cross grain with our longboard, inline sander. (Sanding with the grain would only perpetuate the rolling side planking.)

Once the high surfaces were sanded flat, John sanded with the grain, starting with 40 and progressing through 60, and finishing with 80 grit.

As shown in the addendum to the initial video, we then began bleaching these surfaces in the early afternoon on the 20th, using Daly’s Two-Part Wood Bleach, and kept the wood wet with repeated applications until about 7:00 PM that day.

The second half of this video shows you the results.

Next we will sand lightly with 320 grit, just enough to knock off any feathers raised by the bleaching process, and then stain using Interlux Interstain Wood Filler Stain, two parts brown to one part Chris-Craft red mahogany stain.

We will give the stain four days to cure before sealing these surfaces with CPES, after which we will apply one sealer coat of Pettit Easypoxy Hi-Build Varnish, and flip the hull right-side up. Such a satisfying way to end the week!