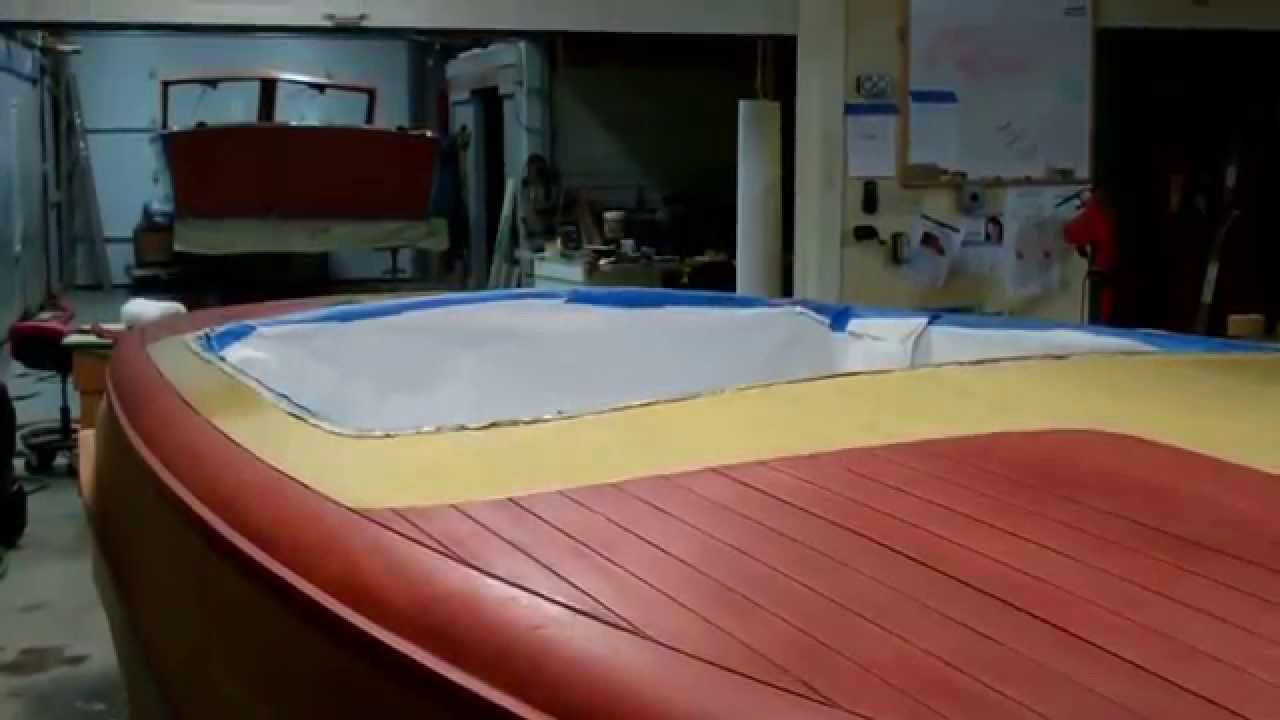 We passed a significant milestone on the 1952 Chris-Craft Riviera runabout 18’ with completing staining the entire hull.
The blonde sections had been stained, sealed and received an initial two coats of Pettit Hi-Build gloss varnish before we began staining the remainder of the decks, covering boards, transom and topsides this afternoon.
We applied Interlux Intersatin, 2 parts #573 to 1 part #42, Don Danengerg’s favorite combination. After allowing the stain to flash, a process by which the initially shinny and greasy surface morphs into a dull matte finish.
Then the fun begins as the thinner continues gassing off and scrubbing cross-grain with cheese cloth and terrycloth towels becomes ever-more difficult with each passing minute. For this reason, we always stain large boats such as the 18’ Riviera in sections.
You will arrive at a moment where you feel, “Finally, we are done.” Probably not. Grab several sheets of cheese cloth folded into a polishing pad and do a final buffing over the entire surface. The cloth stays pretty clean while the surface becomes lustrous. Now you are done.
Applying three coats of CPES tomorrow morning is next. It will be followed by a very light scuff sanding with 120 grit, and then the boat moves to the paint room where we will begin building what will eventually be at least 15 coats of Pettit Hi-Build varnish.