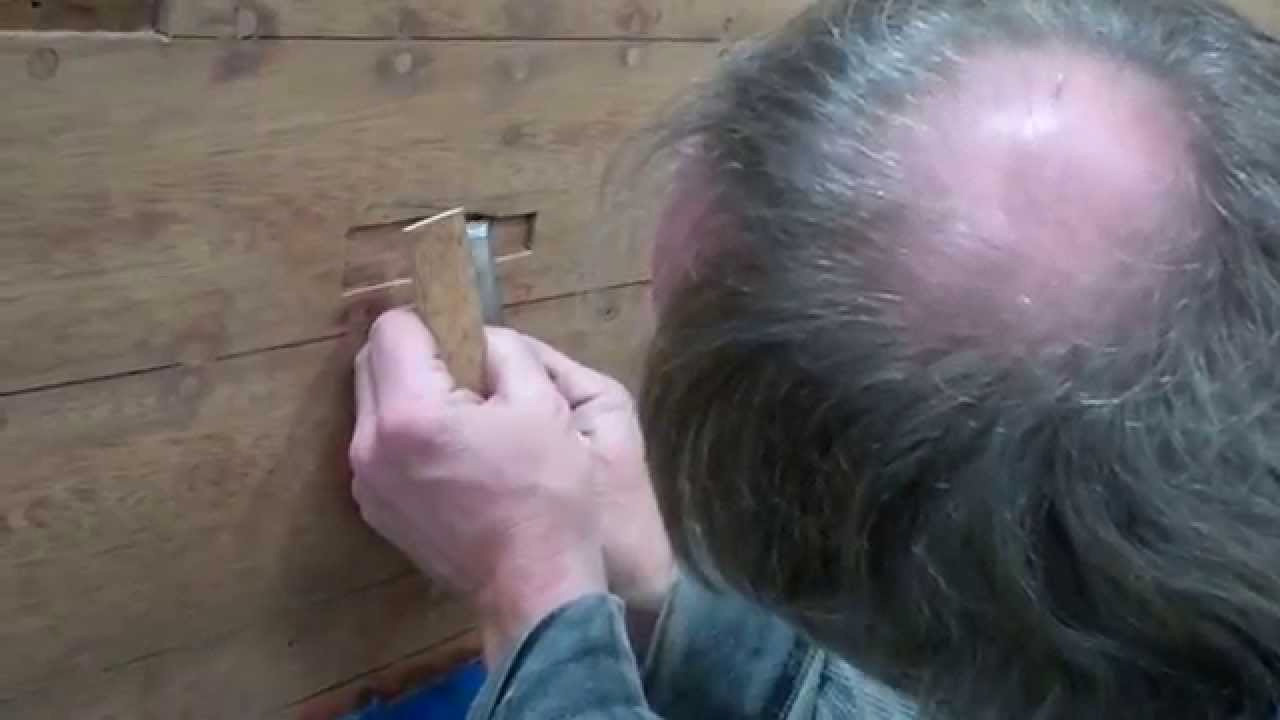 Green Mountain Buoy “bumped” into something at some point that left an ugly gouge – almost 3 inches by 1 inch by 3/8 inch deep about mid-way along her port side. Using a plunge router, we were able to create an purposely irregular shape that would be filled with what is called a Dutchman patch – a piece of wood that is shaped and shaped until it fits precisely into the declivity we have created with the router.

Fitting the Dutchman perfectly would have been much easier had we simply routed out a uniform rectangle with straight sides and 90-degree corners. But such a patch would be virtually impossible to hide.Selecting a piece of planking that had been removed from the topsides for replacing allowed us to select wood of the same age and similar grain and coloring characteristics, which is a great strategy for hiding the patch even further.

Here we follow John LaFountain as he first patiently shapes the insert, glues it in place and then sends it in a day later once the Gorilla glue has cured.

Yes, the patch IS still visible at the end of the clip, but once we have bleached, stained and varnished Green Mountain Buoy, I will challenge you to find the Dutchman.