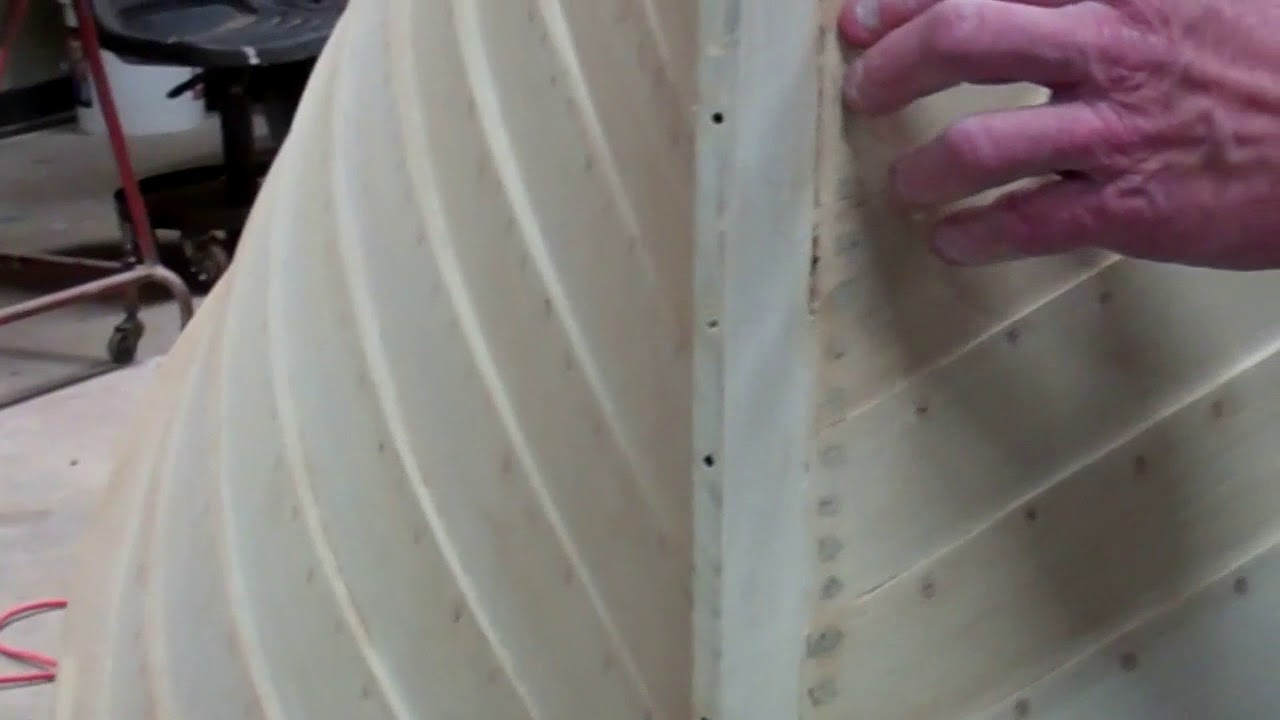 John texted me early this morning, “That little Lyman turned into an albino!” Yes she did.

He experimented with our customary bleaching process. Rather than just applying and leaving the Daly’s Wood Bleach be, during the 5-1/2 hours bleach was being applied, he periodically scrubbed the surface ever so lightly with Scotch Brite pads.

One data point proves nothing, but given the absolutely uniform results, John, RJ and I will be treating the transom of the 1957 23’ Lyman Runabout to the same process.

Yes, I know that choosing Pettit Hard Racing Copper Bronze for the bottom paint is an anathema to the Lyman world, but my decision was driven by the reality that she will be a trailer- and lift-sailed boat, for which antifouling paint is not well suited.

John has worked his usual invisible Dutchman magic, and the countersink filler he concocted using two-part TotalBoat Thixo 2:1 Epoxy, cypress sand dust and Sandusky natural filler stain 9805, is a nearly exact match. (We decided against using wood bungs as the countersinks along the stem and aft transom corners are way too shallow for glue to hold them in place.

Now it is time for the wood to dry down to about 12-15 percent, at which time we will stain the topsides and transom with Sandusky natural filler stain 9805, and then seal everything with three coats of CPES.

Soon she will be albino no more!