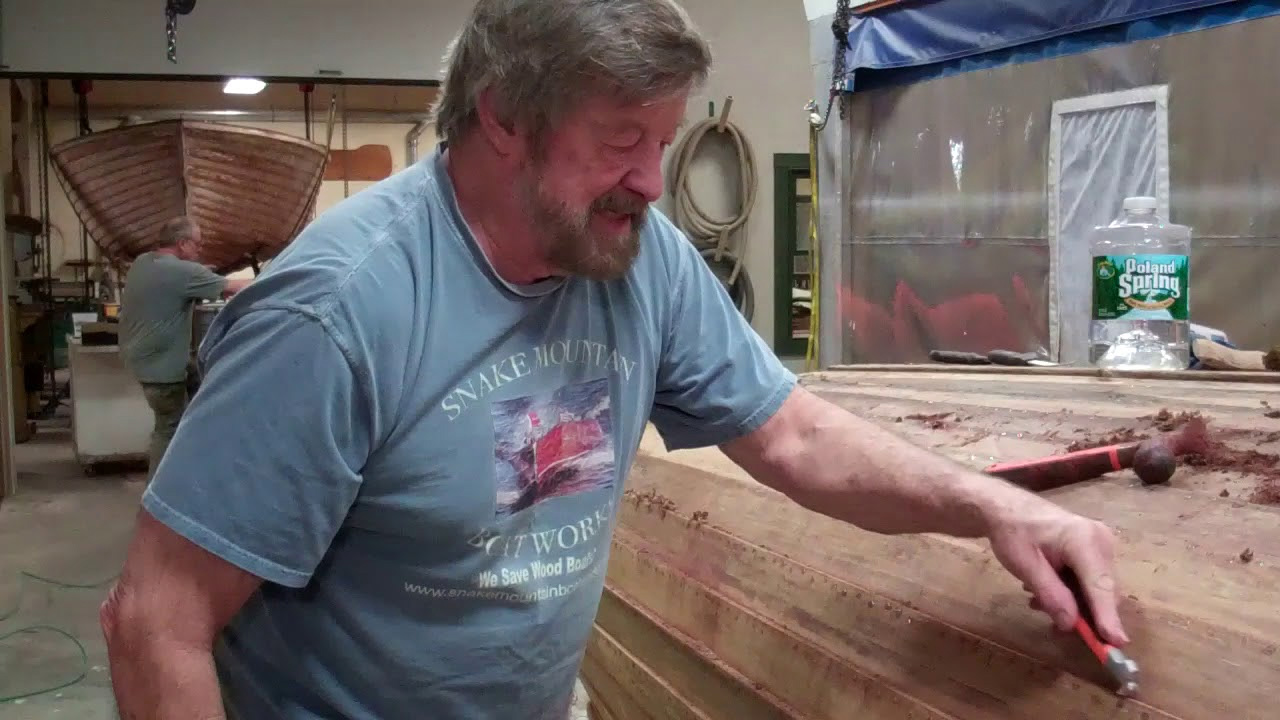 After being urged to give it a try by a local friend and fellow woody conservator, I am using two Bahco/Sandvik scrapers, a two-handed “ergo” model with a 2.5” scraping blade and a Triangle Scraper 625 with a triangle blade.

The two-handed scraper is excellent for cleaning strake surfaces, mostly down to bare wood, and also for making the initial passes along strake edges and the seams between strakes.

I use the triangle scraper for detail work on the strake faces, but especially for cleaning strake edges.

This boat is cypress throughout, and the wood seemed to really soak up the Circa 1850 wood stripper as I removed paint and mostly varnish from the topside strakes and the transom. It also appeared to discolor the wood, which forced me to make a second series of passes using a stainless steel scrubber “sponge” and my Sandvik scrapers.

I tested using chemical stripping on a small area below the waterline, only to have running streams of liquefied copper bronze and red antifouling paint threatening to stain the above-waterline strakes, which will be finished bright.

Reaching for the scrapers is clearly the answer here. The paint being removed remains dray, becomes powdery as it releases and is easily vacuumed.

I am sold on this method for removing bottom paint, at least until it disappoints on some future project.