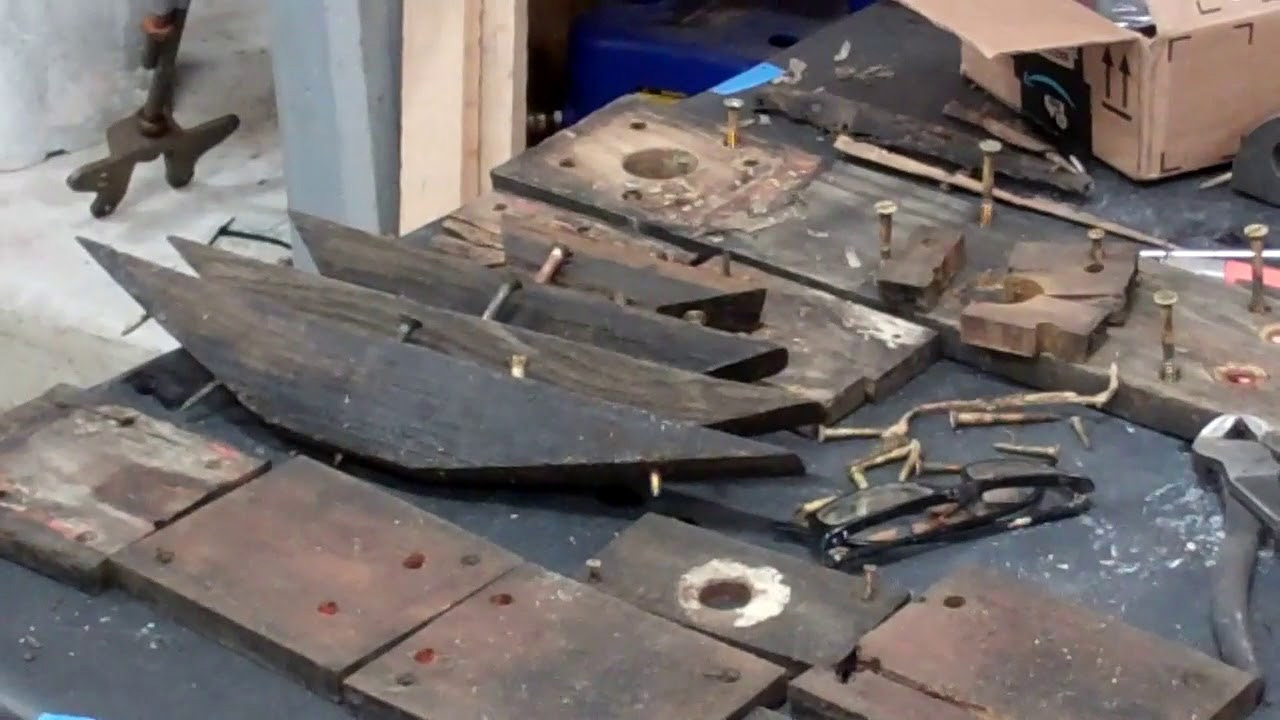 That we learn every day and with every boat we lays hands on makes wood boat conservation incredibly enriching.

Our 1940 16’ Lyman Yacht Tender, “Susan” has been our latest teacher since RJ and I began setting the below-waterline clench and rivet nails last Friday. (That RJ offered to “drive” the clenching iron while I popped each nail head with a bunch and dead blow hammer was a huge plus for me.)

We began at the waterline and worked strake-by-strake towards the keel. It was then that Mr. Murphy’s reared his ugly head. “Hey! We have a problem! I can see lots and lots of light coming through between the garboard and keel. It looks like the keelson is broken and split.”

Next came backing out what must be one hundred or so screws and then cutting through all of the starboard garboard’s clench and rivet nails. Yes the very ones we had just so carefully tightened!

Out came the garboard, exposing the garboard’s, formerly chamfered starboard edge, or in about forty percent of it, what was left of same.

Sure. We could rip that chamfered edge off wherever it had failed and fit pieces in place. Then, using many tubes of 3M5200 and lots of bilge paint on the other side, we could have hidden our “repair.” It might have even held for a while, but unlikely longer than a season or two at most. Releasing and installing a newly fabricated, white oak keelson is the correct solution, and for us the only one we will put our names on.

So, with the port garboard having joined its starboard counterpart on a wall rack several hours later, it was time to release the keel and keelson.

I believe you will agree that, having viewed what we released in the clip, consigning the original, now 78 year old, keelson to the scrap pile is the best path forward.