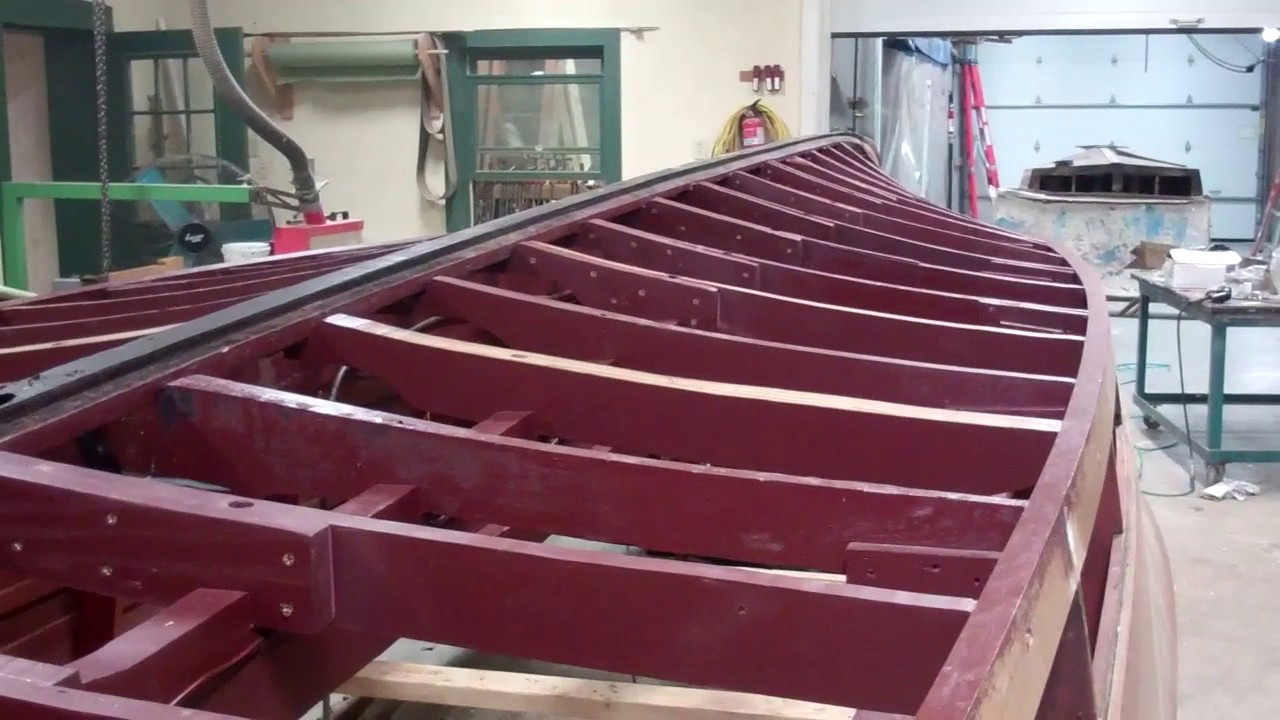 Finally! She, and her previous “restorers” fought us every inch of the way. Perhaps most distressing is that, rather than neglect and just use her, this 1946 Chris-Craft Brightside U22 owners consigned her to shops for periodic maintenance.

Sadly we now know that she returned worse for wear because these folks took every shortcut and made every mistake possible. Bottom line, they worked to embarrassing low standards. Rather that repair, these incompetent souls created water traps, used softwood where white oak belongs, drove in stainless fasteners below the waterline, and on and on.

Sistering bottom frames resulted from being too lazy to simply release the keel, so that broken and rotted frames could be removed and replaced in whole, not piecemeal. Undoing all of the sloppy, ill-informed and just plain destructive results has been our prime challenge as we worked to essentially rebuild the transom and bottom framing, virtually from scratch.

Example: we replaced her rotted and split gripe because of the water traps these guys created, an issue that was compounded by not taking the time to replace broken carriage bolt fasteners. However, all of that is behind us as of today. We removed the corkscrew twist in the hull, the severe hogging caused by improper frame work, replaced at least two-thirds of the frames and cross ties, junked the replacement (softwood!) steering box mount with rugged white oak, replaced the gripe and much, much more.

Every square inch of every surface below the waterline received three coats of Clear Penetrating Epoxy Sealer (CPES) and two initial coats of Sandusky Chris-Craft Mahogany Bilge Paint. With proper maintenance over time, none of these members should ever soak up water again.

Now the hull is absolutely solid and ready for her True 5200 bottom. First, we will give the many tubes – at least 30 – of 3M5200 time to cure before we begin stressing it as we will when the inner sheets of plywood and outer planking are applied.

The sense of relief in the shop was like venting a huge boil as John tightened the final hex nut on the steering box mount.

Now the fun begins as she will look more and more like the graceful woody she is as we begin the construction (rather than deconstruction and replacement) phase of saving this wonderful and venerable Chris-Craft, who will grace Ahmic Lake in Ontario, Canada once again starting next summer!