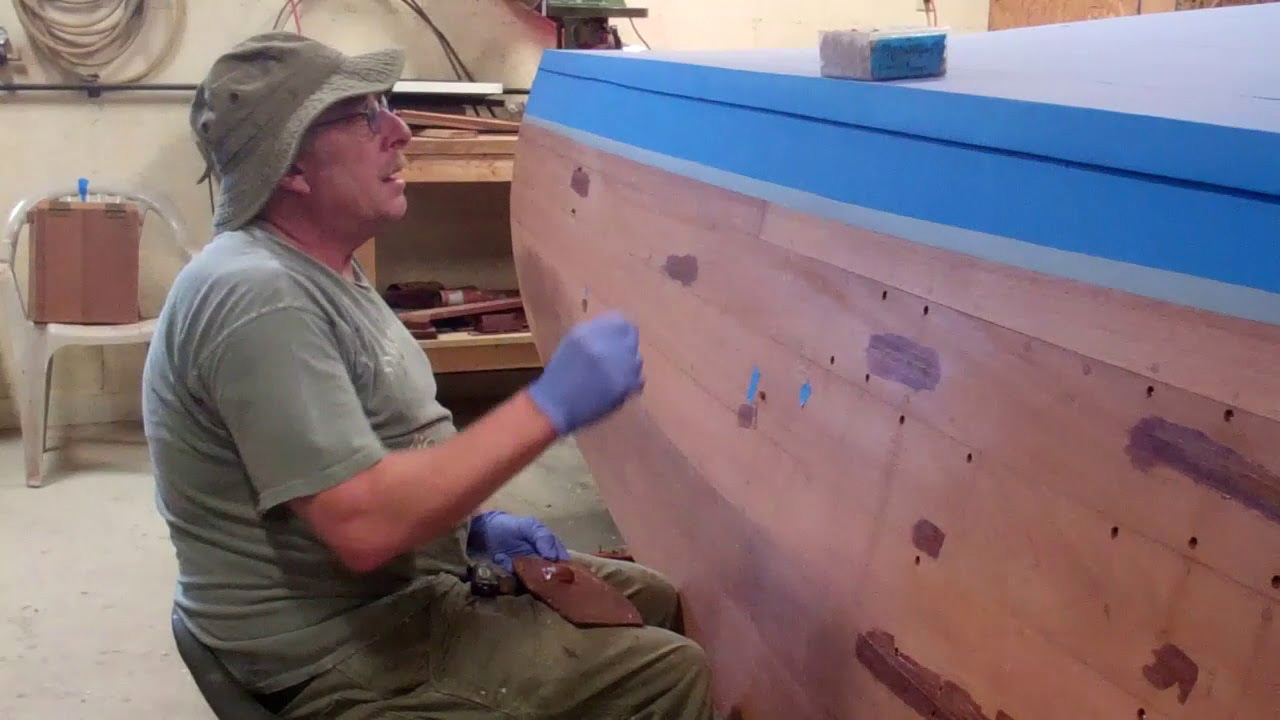 Following this morning’s video update on the Dutchman repairs John is executing on the port topsides of the 1946 Chris-Craft Brightside U22, he reached for a heavy, 1-inch chisel and began shaving each repair and its associated TotalBoat Thixo Wood 2.0 two-part squeeze-out until it was fair with the topside planking.

He then ensured there will be zero voids in the seam around each Dutchman.

John release the bungs using a Rota Broach, which increased the diameter of several countersinks, so, rather than using Gorilla Glue, which is cures blonde, he used the same tinted Thixo Wood 2.0 as the adhesive.

He will shave the bungs fair using a Japanese cabinet makers saw, at which time the port topsides will be ready for final longboard sanding.

Once he has completed Dutchman repairs on starboard and sanded it fair, we will flip her over and strip the decks, covering boards et al, sand these surfaces fair and be ready for bleach.

Progress is a beautiful thing for sure!