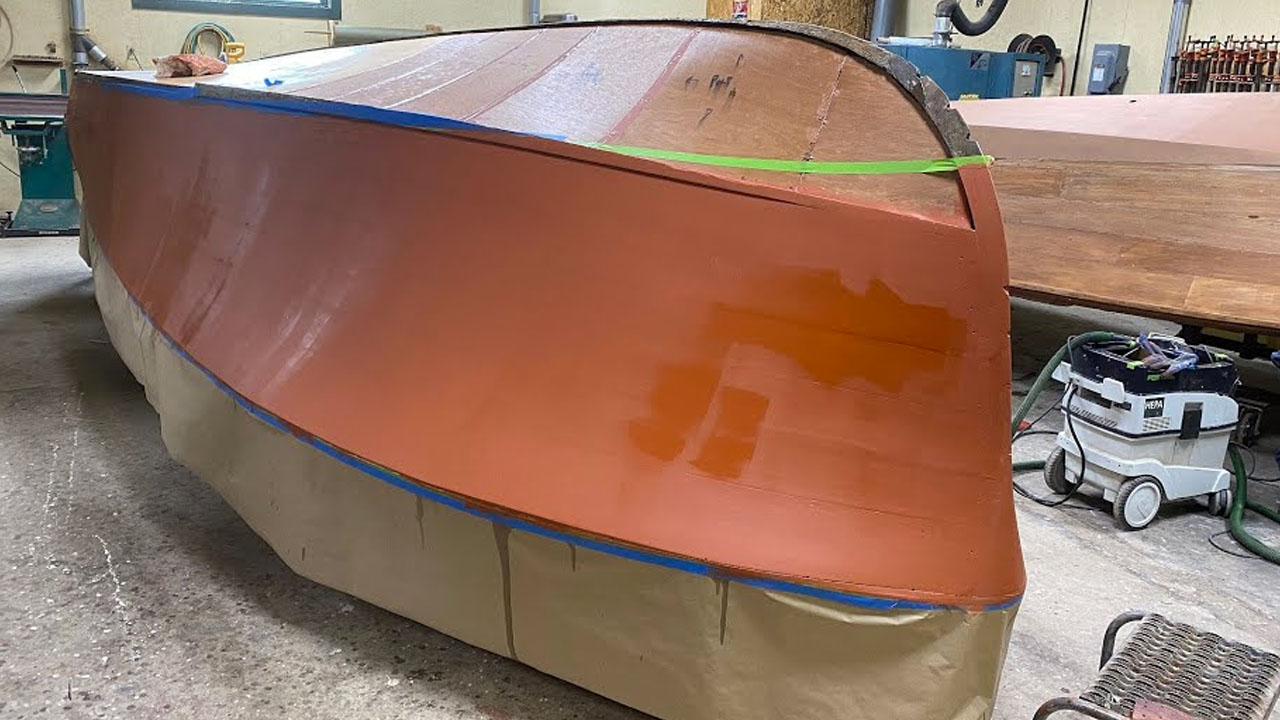 May Day 2020 is also Cedar Topsides Paint-Prep Milestone Day for our 1947 Chris-Craft U22. She has been:

Her topsides have been worked on before, probably multiple times over her 73 years, and in at least one of the times that the topsides have been repainted, someone tried to fill all the planks seams with a material that I simply could not remove without tearing wood fibers and creating ragged edges.

Perhaps then, or at some other time, she was also assaulted by a random orbit or orbital sander, because the topside planking was replete with undulating hills and valleys. While they were nowhere as severe as we’ve seen on other boats, and they really weren’t that evident until I began applying CPES, but there they were.

The remedy involved first sanding across the grain at an approximate 45 degree angle with 80 grit, followed by sanding with the grain. I then applied two more coats of CPES and sanded again once it cured.

Next I applied the final coat of CPES and the first coat of Tie Coat Primer, and, albeit significantly less apparent, some hills and valleys were still evident under a strong shop light.

I sanded, applied two more coats of Tie Coat Primer, sanded again, applied another coat and spot sanded a final time. Today I blew through the topside prep/priming milestone as I applied the fifth and final coats.

Later this afternoon I will apply the first of at least five coats of semi-gloss white Interlux Premium Yacht Enamel.

Applying five coats allows for sanding with 180 and then 220 grit following the second and fourth coats.