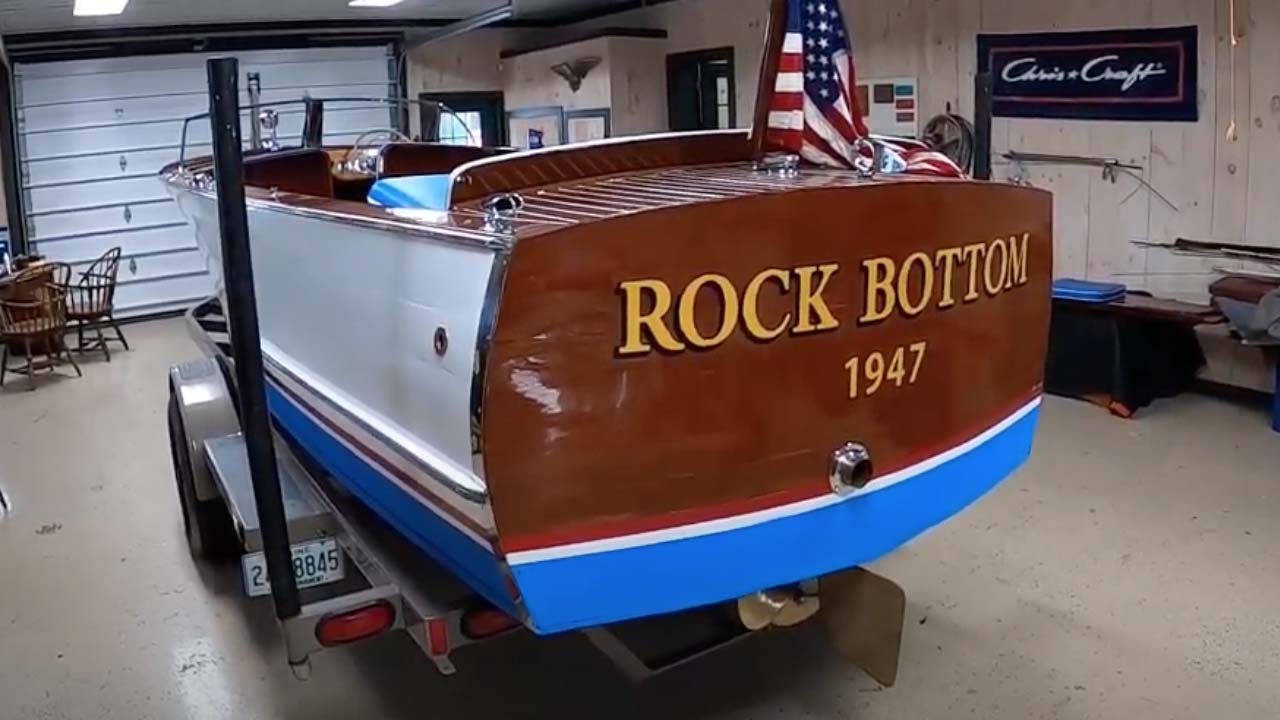 For guidance on installing a True 5200 bottom, please click here… for details roster of materials and their sources, click here.

If only the sun were shining! Rock Bottom 1947 has been saved and today was to be her winter debut, that is, before we received six inches of snow last night. So, as we say in Vermont, “We are making do,” and shooting her debut indoors.

We fabricated her inner skin using 4 mil Meranti Aquatek Marine Plywood that was dosed with four coats of CPES on both sides and all edges and then installed bedded in copious amounts of mahogany 3M 5200 using #6 Frearson driver, silicon bronze flathead wood screws. (The inner faces received three coats of SANPACO bilge paint ahead of installation.)

Her 3/8” Meranti planks, combined with her Meranti plywood inner skin, especially having been heavily frosted with 3M 5200, delivers a near bomb-proof bottom.

The rest of our work was the standard sequence – strip, fair, stain, seal, paint or varnish, varnish some more, and some more, all followed by final assembly. As always:

We did the rest and cannot wait to drop her into Lake Champlain next spring so we can challenge her with her sea trial before returning her to the only home in Maine she has ever known.