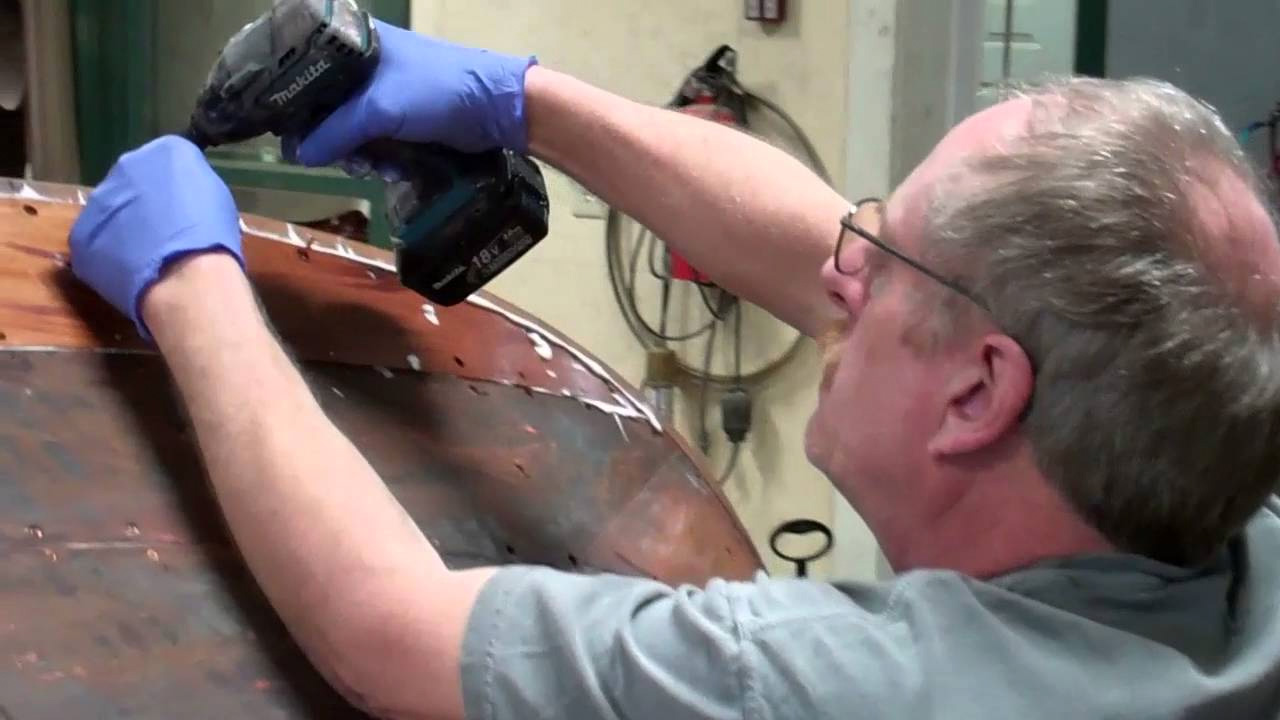 One more milestone is disappearing in the rear view mirror. My ’53 22’ Shepherd’s port-side bottom is fully planked. Beginning this afternoon, I will be filling its countersinks with 3M Premium Marine filler.

Removing the hog in the keel, combined with natural shrinking of the planks translated into the original keel planks being slightly – about 5/8” – too narrow on both port and starboard, so the original planks could not be saved. Two new planks were fabricated for the port side once the first five courses had been installed. (The starboard side will require new keel planks as well.)

Here you watch RJ apply two full tubes of 3M 5200 on 40% of the final plank. He ended up using five, with another one used to seal the seam between these two planks and the keel. The beads will be spread into what looks all the world like frosting using a putty knife.

Notice just how much 5200 squeezes out along the edges and through the pre-drilled screw holes.

Not seeing ample squeeze out tells you that yours is a shortcut, not a true 5200 bottom. By my count we exhausted 48 tubes, with the 49th tube ending up about half empty.

Cleaning, especially the countersink holes, is the critical final step here. Remove enough 5200 from the seams so that the surface is concave and not proud of the planks. Otherwise you will play hell trying to sand the bottom prior to applying five coats of Interlux InterProtect 2000E Epoxy Primer. The starboard planks are next… Please stand by.