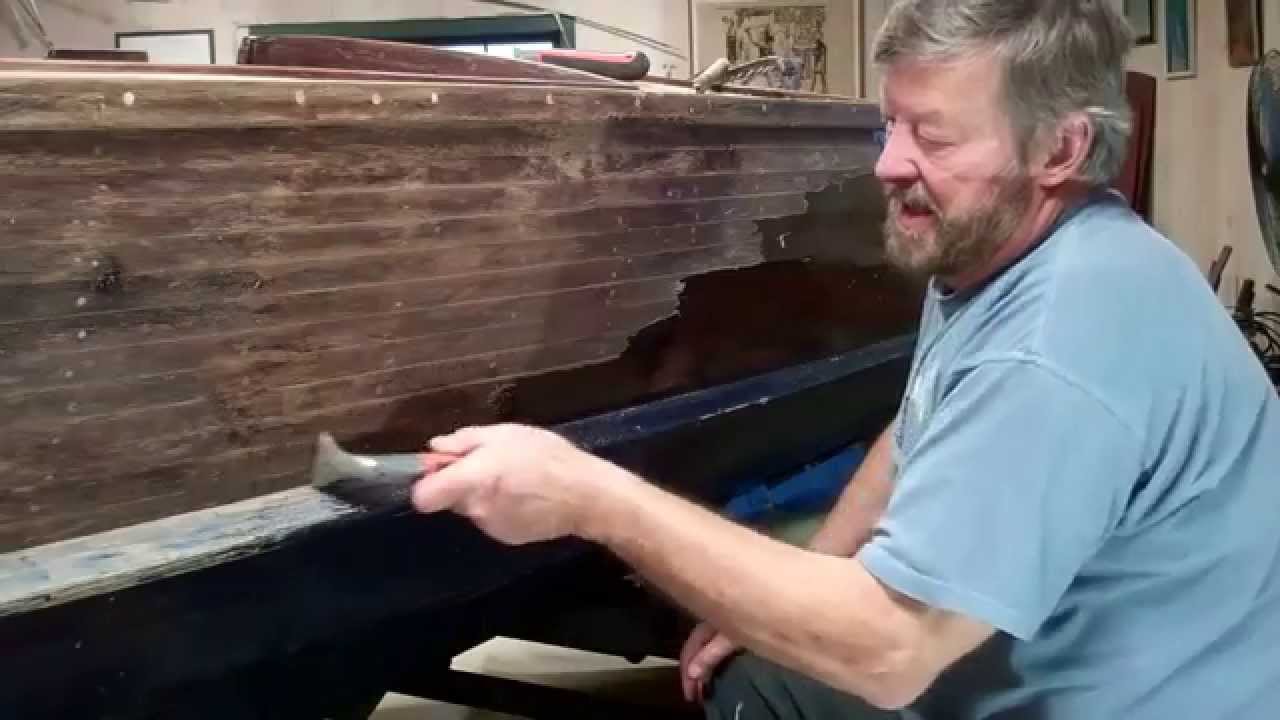 It is Saturday and the Captivator project continues. The decks and most of the gunwales are stripped, complete with bleed black walnut stain out of the mahogany planking. Now comes the topsides.

I began as I typically do, applying Circa 1850 Heavy Body Paint and Varnish Remover to the surface. As expected, puddles and curtains began forming, which quickly soaked the cardboard sheets on the floor.

Not expected, however, was the discovery that, once liquefied anew, what appears to have been some sort of dark walnut stain varnish began bleeding black into the mahogany. No, I did not smile. An Old School, heat gun and scraper strategy appears to have saved the day. Operating the De Walt heat gun at between 900 and 1,000 degrees F releases the adhesion between the mahogany and the stain-varnish. While I must go back and bleed black stain out of the wood fibers, at least I am not adding to that challenge while I strip the varnish off the surface.

Once the varnish is released I will go back with the Circa 1850 and BAHCO scrapers so that the mahogany ends up free of adulteration, at least as best we can attain before we begins anding with our pneumatic long boards.

Releasing finishes offer s a critical opportunity for discovering fastener and framing issues. Applied to the Captivator, I have learned that the foredeck planks are floating free at the bow, and that there is a serious structural design/failure to be dealt with where the aft deck inserts into the gunwale framing.

We will continue stripping in the manner, hoping to have the hull and transom clean above the spray rails by Monday morning, when we plan to move the Captivator so we can flip her and begin working below her waterline.