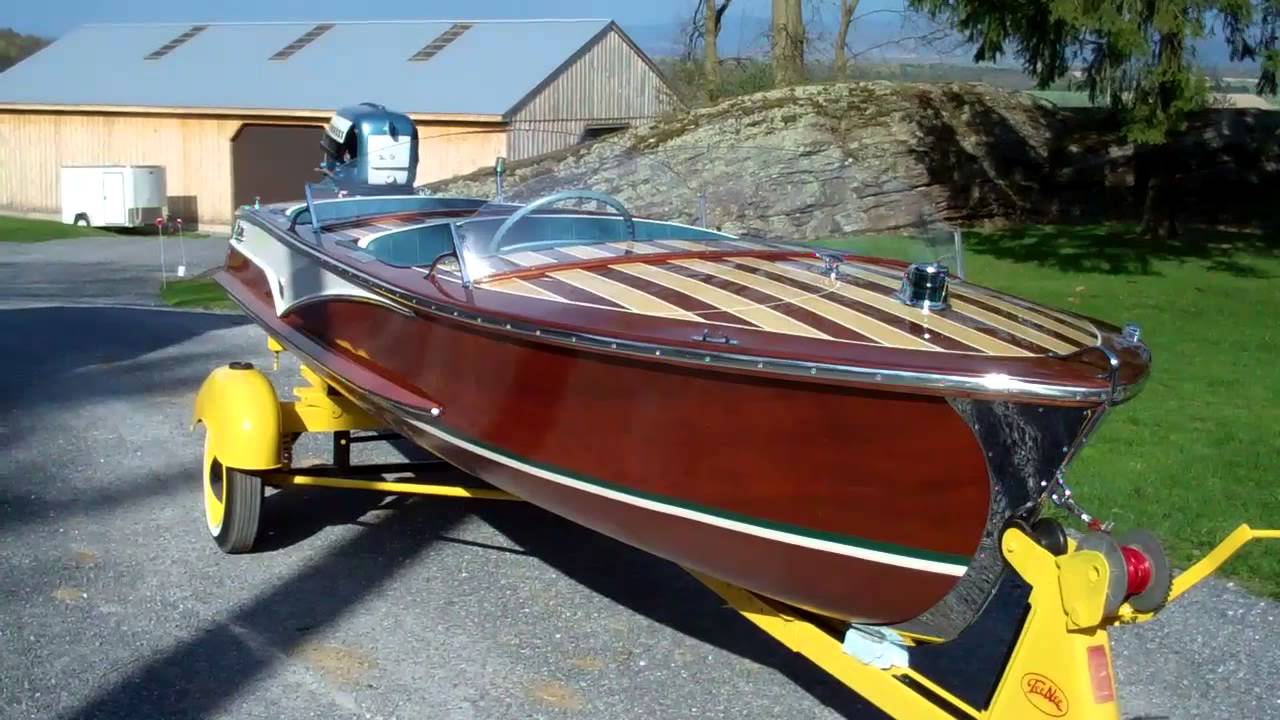 Cadillac Marine & Boat Company of Cadillac, Michigan started in September 1953 as a wholly owned subsidiary of Wagemaker Company. Boat builder Wagemaker of Grand Rapids, Michigan also owned U.S. Molded Shapes, Inc. and Mr. Raymond O. Wagemaker was president of all three firms. The Cadillac Chamber of Commerce was instrumental in luring the boat firm to the city. Across town was a branch plant of Chris-Craft that opened up in 1941. Cadillac made aluminum fishing boats and runabouts. U.S. Molded Shapes made molded veneer boat hulls for Wagemaker which finished them and marketed the boats as Wagemaker Wolverine. Cadillac also made wooden boats with hulls from U.S. Molded Shapes. During 1958-1960, the Company designed and produced a small number of wood-hulled boats, and at the top of the line was the double-cockpit, “Model 505”. The Cadillac Seville. She is a 15′ molded plywood runabout powered by a special edition, 30 HP Evinrude outboard engine. We acquired this boat out of a barn in late 2010, and began actively preserving her in late 2011. That process was completed today, May 2, 2013, as she, perched on her 1959 Tee Nee tilt trailer, emerges from the Snake Mountain Boatworks’ preservation shop and moves into our showroom. She is hull number M5883, which tells us that she was the 83rd boat produced by Cadillac Marine and Boat Company in 1958. While the video’s narration suggests that she is the 83rd of 87 Cadillac Sevilles produced in 1958, further research informs us that, at a price of $1,245 FOB the plant in Cadillac, MI, very, very few orders were made for this then super-expensive little boat. So M5883 was the 83rd boat delivered by the company in 1958, but that included total production of mostly aluminum and very few molded plywood hulls. True to her name, Cadillac Seville, she is long on luxurious adornments, from her fantastic cutwater to her bold “Cadillac Seville” name plate. Even the floor-mounted shifter and throttle are unusual. Enjoy meeting this fantastic example of what was considered “haute design” for vehicles of all sorts in the late 1950’s.