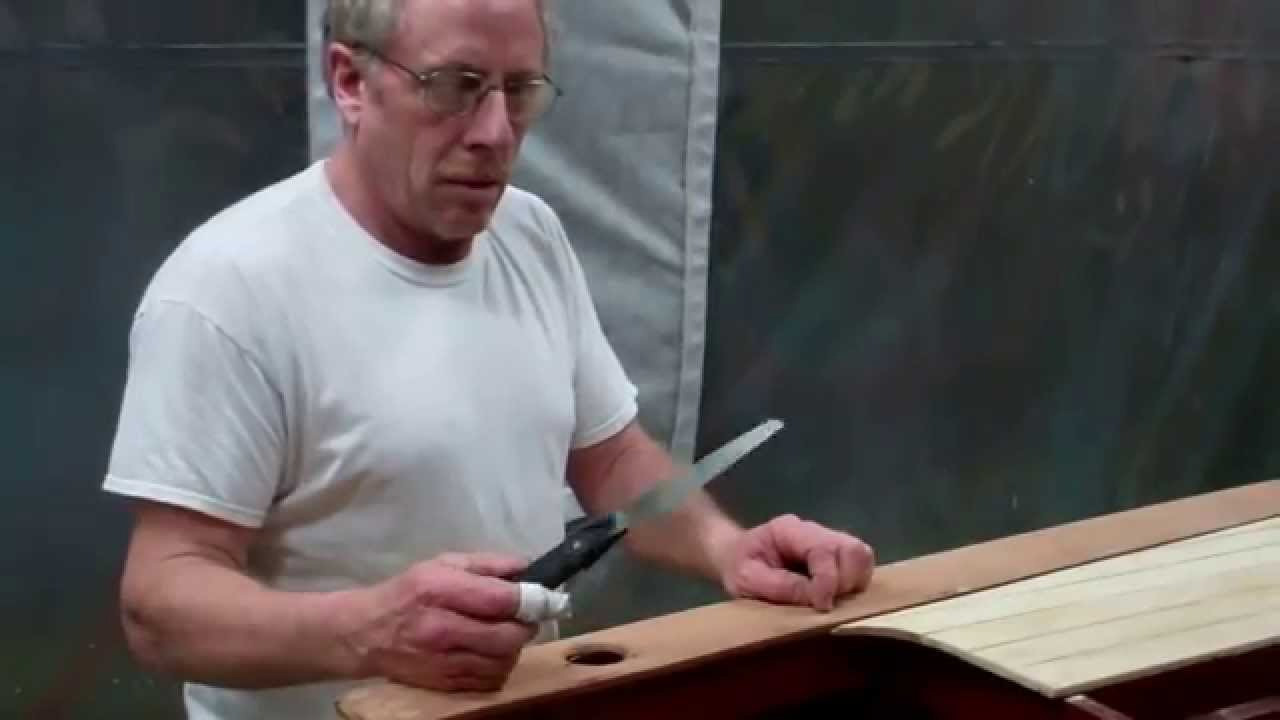 This 1967 Century Palomino’s decks were completely released so we could gain access to the areas beneath. With all of the framework complete, and everything sealed and coated in multiple coats of Sandusky Paints Mahogany Bilge paint, the deck planking has been re-fastened with silicon bronze Frearson head wood screws

Next we inserted mahogany and Avodire bungs, making sure that each bung’s grain was aligned with that of the plank. Gorilla Glue ensures a waterproof bond is established

But then we have a sea of bungs standing proud of the deck. Each must be cut flush to the planking. This clip is a response to the many questions we have received about how we do it at SMB. Well, we tried all manner of high-end chisels, honed to a razor’s edge. No matter how carefully we sliced through each bung, some would break off below the plank’s surface, which meant digging them out and inserting new bungs

And then there would be the inevitable, “Oh s….!” Someone had slipped and gouged the plank. No matter how good you get at it, filling a gouge means a bruise remains, one that seems to jump out at anyone who looks carefully at the surface

And it was slow and tense.

Now we are standardized on the VERITAS flush-cut hand saw. It is incredibly sharp, and with zero offset to the teeth, these saws cut the bung off precisely at the surface without marring it. Time means cost to our clients, so the fact that we can excise 400 or so bungs per hour with these saws also makes us more competitive

We experimented with less expensive brands, like Stanley, but in every case rejected them because at least one tooth was offset just enough that we got scratches in our test planks.