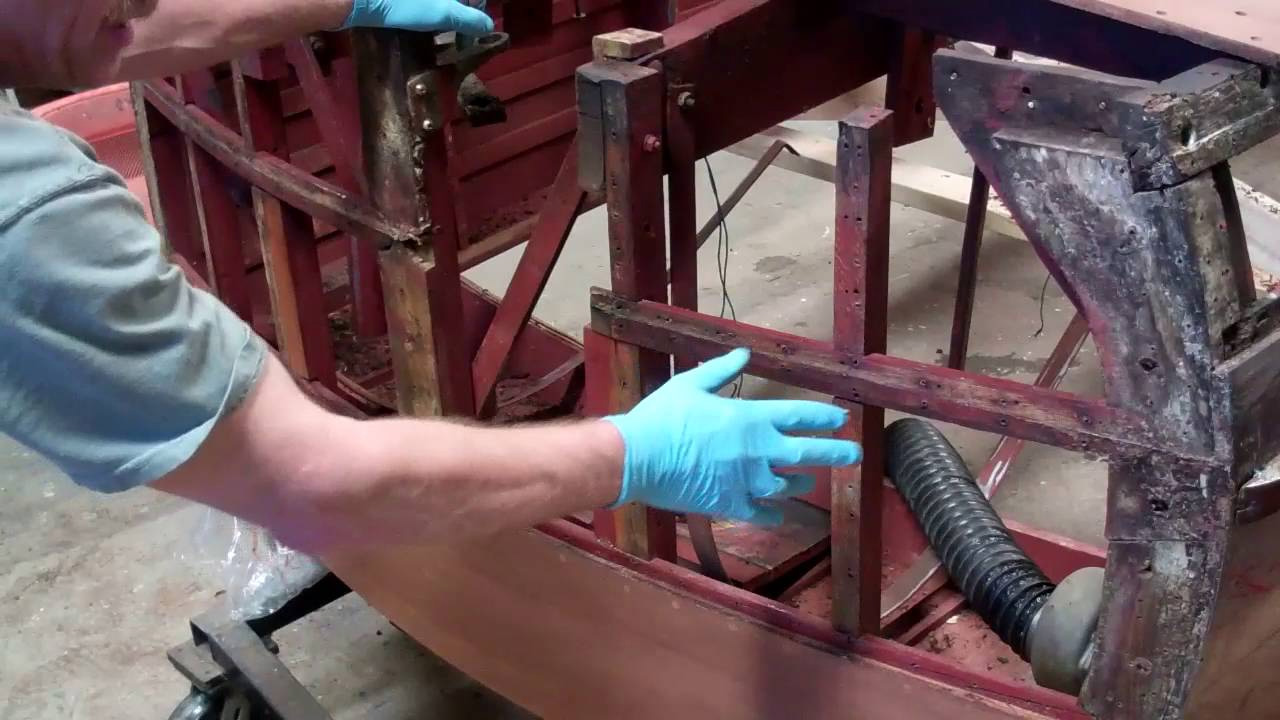 Well, what we had hoped was a “corner” problem, one occurring at both aft corners below the waterline, and a couple of new gussets grew significantly once John began removing transom plank and framing fasteners.

The middle plank was secured by, you got it, stainless steel screws, which is not too serious an issue since that plank is above the waterline.

But the moment he released that plank, John was sure someone has been in here before. Sadly, that person is the same one who assaulted the chines and bottom framing with the sistered butt joints.

He extended his campaign to include what we thought were just stiffening gussets on the two aft corners, but opening it up showed us that he took a saw to the main vertical transom frames, ripped the bottom half out and proceeded to “fix” it by sistering a new piece in place.

Bottom line, the entire transom was floating, and not in a good way.

There is only one proper way to address the transom debacle. The framing must be braced and then the top transom plank must be released; At that point we will be able to deconstruct and rebuild the transom framing, after which we will reinstall the planks, which will include replacing the bottom bow and much of the rest of the framing.

We inspected the rest of the hull for other hidden sistered butt joints, finding none, which elicited a “Phew!” from both of us.