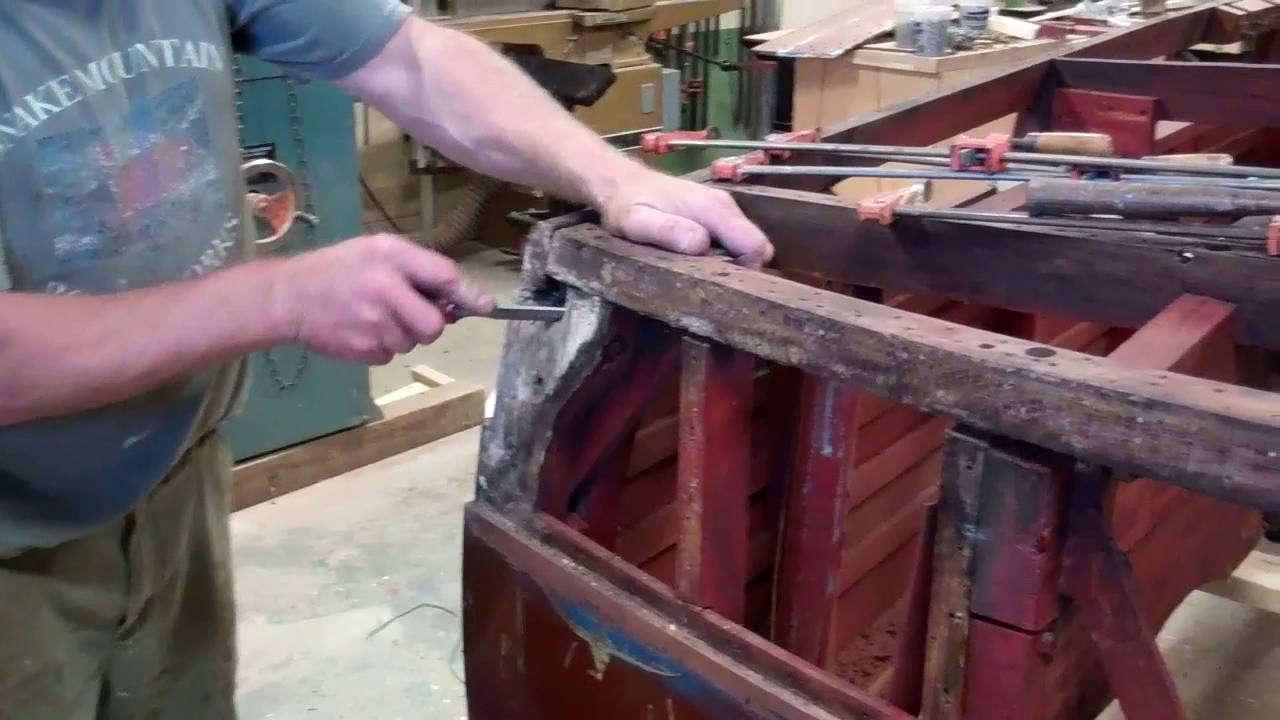 John and I agreed that solving the keel’s aft section hog must precede any fabrication of new frames.

Fabricating the new keel section involved one of John’s most creative Dutchman repairs yet. As you see it in the clip, he used a single piece of white oak and a router to fabricate its general shape. Rather than “making do” with a single, standard overlapping scarf joint, John’s Dutchman adds a finger that is under cut so that, when bumped into place creates an interlocking joint. However, the hog was still very much present, at which point he began digging into the transom framing.

First he dug out about 5/8” of hard caulk that had been pushed into the substantial space between the top of the bottom bow and its related frame members. Yes, that tells us that whoever was in here last also noted this void.

Rather that unearth its cause and effect a proper repair, he/she simply drove caulk into it, thereby forcing the bottom bow to drop even further. With the caulk removed, the bottom bow flops up and down. Why? All of the fasteners, even the ¼” carriage bolts that attached the bow to the bilge stringer, had failed. (Note: They had already failed when the last person was in there, but, rather than dive in and release all that must be released to get to these fasteners, he/she simply pushed caulk into the void. Once we have removed the gas tank supports, we can drive the broken bolts out and replace them with larger, we hope 5/16”, silicon bronze carriage bolts. Now is also the moment to address the rotted lower aft corner on starboard. Doing so requires releasing the middle transom plank and the fasteners passing through the topside planks and into this rotted gusset.

Then, once we have the transom fully stabilized and repaired, and the hog is gone, the moment for frame fabrication will be upon us.