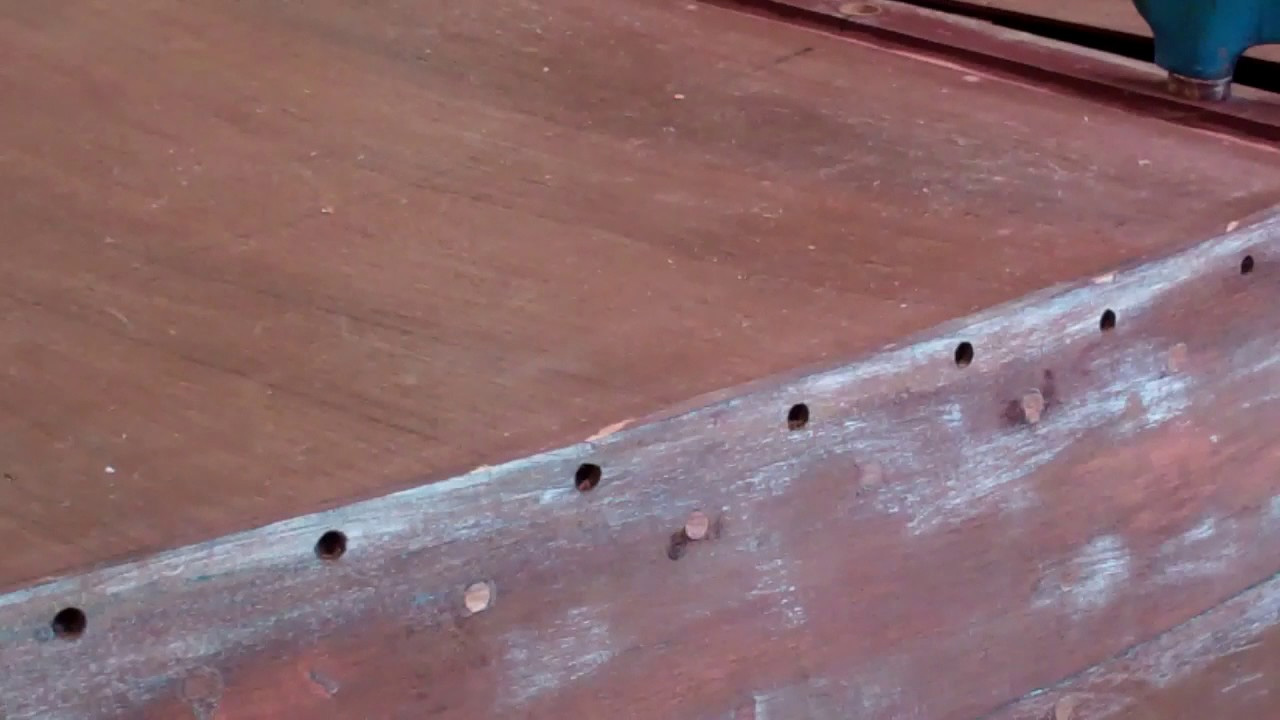 As promised two videos above, here are both an up-close view of the finished product following installing the first sheet of Aquatek Marine plywood, and the resulting issue with the bottom transom plank being too tall.

You cannot be too detail oriented in cleaning the excess 5200 from everywhere, and this includes sending RJ under the boat to confirm we have no ribbons of squeeze-out hanging from the frames in the bilge.

As is clear in the clip, before we removed the hog, the center of the bottom transom plank was at a good ¾” taller than it will be once we trim it flush with the plywood. The bottom planking will pass over this plank and terminate flush with the transom’s exterior surface.

The excess height shrinks to less than ¼” at the chines, which tells us that our “friend” jacked the center of the transom up, well, down once she is upright, which was the major contributing factor in the genesis of the hog.