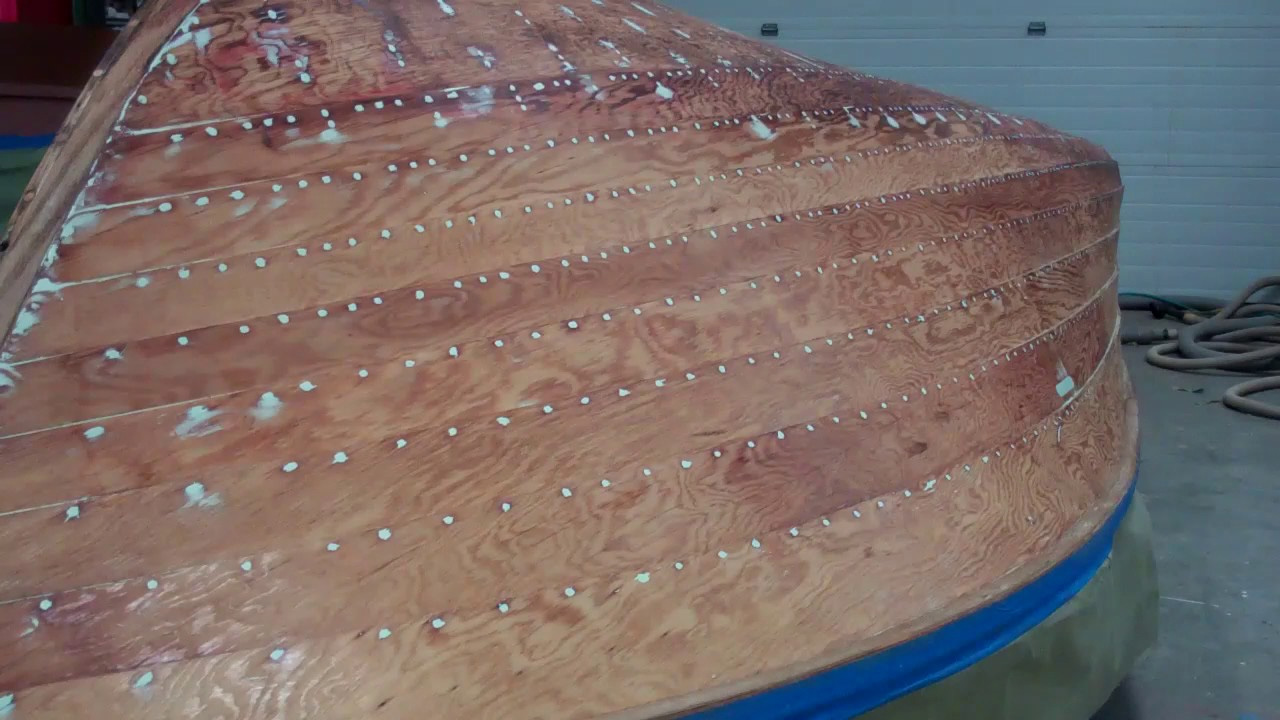 What a major milestone we see fading into our wake! The 1960 Cruisers Inc. Seafarer is ready for paint on the topsides and bottom, and CPES and varnish on the transom.

After applying 3M Premium Filler three times, and sanding it fair between each application and after the last one, finally, all the countersinks and declivities are filled and sanded fair.

We began sanding with 40 grit, graduated to 60 grit and finally to 80 grit using our inline longboard sanders until the surface – strakes, plywood garboards and filler – was silky smooth.

Following Danenberg, we applied the first two coats of CPES one right after the other, waited 24 hours and then applied the final coat. We will allow the CPES to cure for four days, until next Monday, before we tape off what will be an Interlux Brightside fire red boot stripe and begin priming below and above the bottom line.

We will block sand both surfaces by hand between coats using 100 grit followed by 120 grit.

We also sanded the transom fair and stained it with brown mahogany Interlux Interstain Filler Stain, which we will allow to cure for several days until we apply three coats of CPES to it.