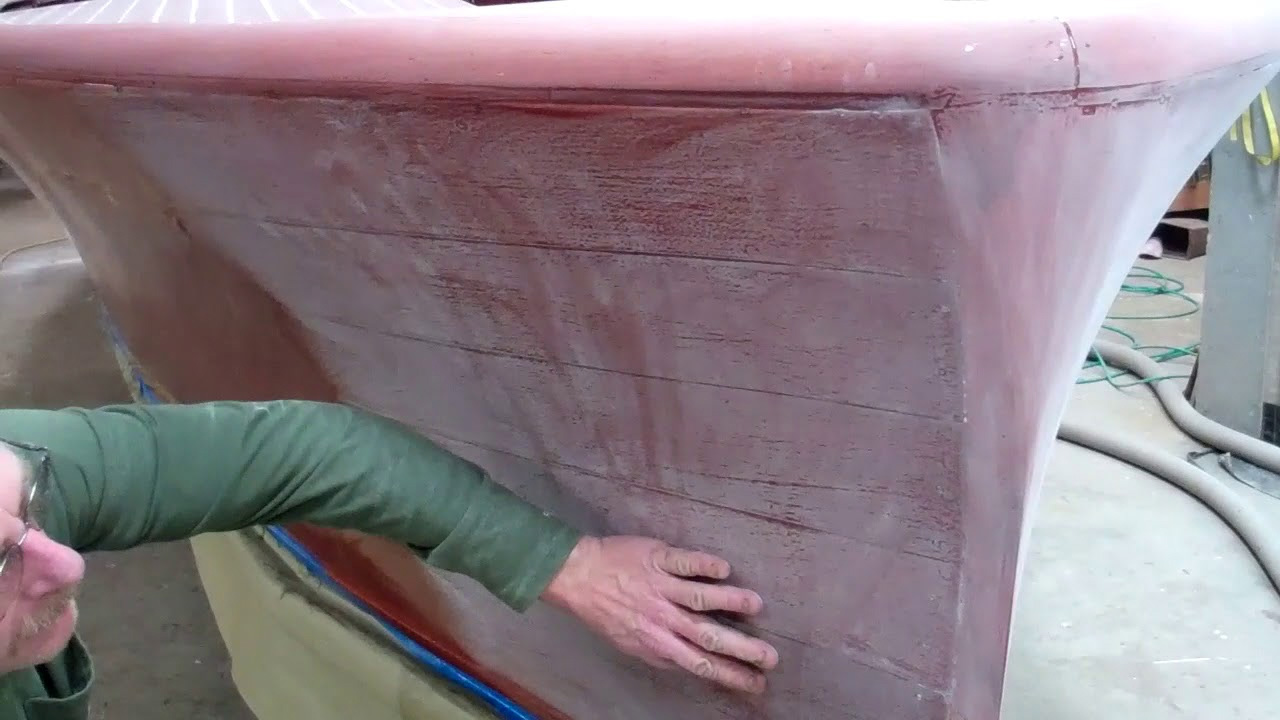 This update on our conservation process at it applies to the 1946 Chris-Craft Brightside U22 is a close sequel to our last update. In that clip John was sanding the decks, covering boards, dash and seat frames by hand using 220 grit and a rubber sanding block.

He continued and completed that stage and is now focused on the topsides and transom. He sanded the transom as he did the decks, by hand using a rubber block and 220 grit, but then followed with sanding it by hand using 400 grit on his block.

Given the compound curves on the topsides however, he is using one of our Festool random orbit sanders and a very soft sanding pad behind the first 220 grit and subsequently the 400 grit.

As you can see in the clip, the topsides started out far from flat. However, after brushing and tipping seven generous coats of Interlux Perfection Plus Two-Part Varnish onto them, John has lots of varnish to work with, so is being a bit more aggressive than was the case when he sanded – then by hand – between coats three and four.

We will wipe all surfaces down with acetone and install the splash rails ahead of applying coats eight to ten, at which time she will be sanded again.