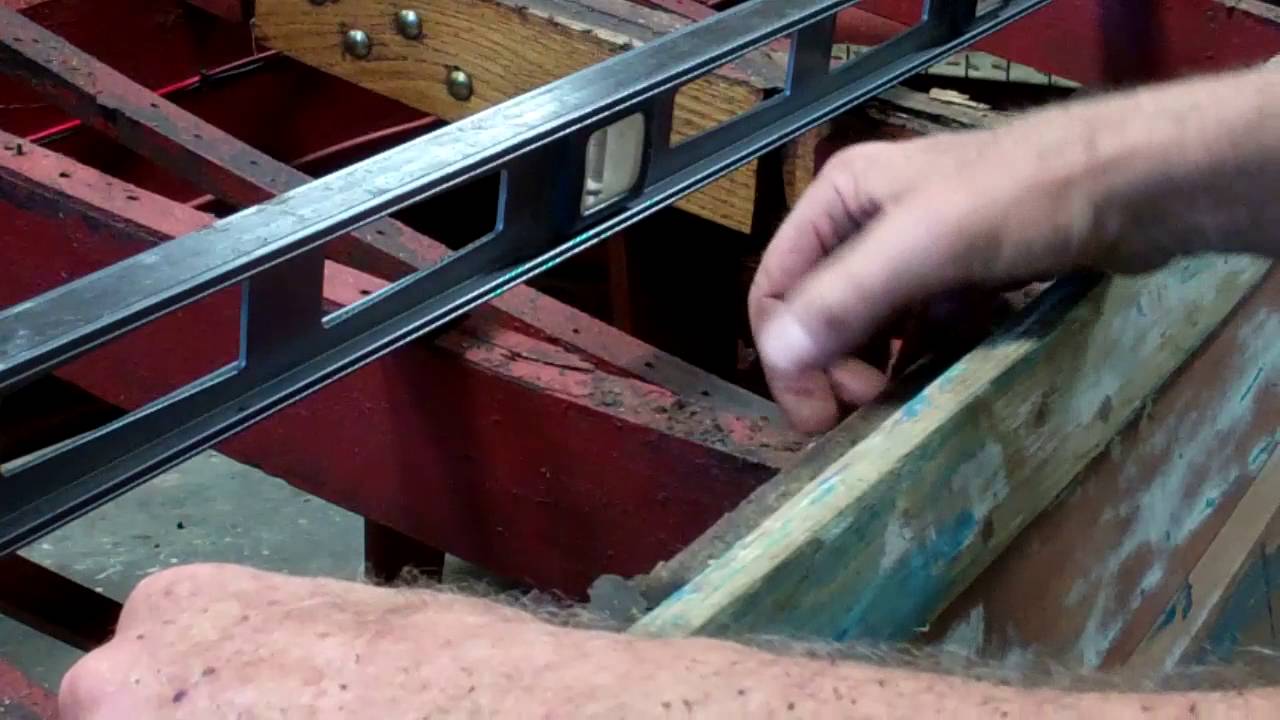 Well, with all of the bottom planking released, now we can get to work.

The good news is that the stem, knee and gripe are absolutely sound.

Our suspicion that several sistered frames and the chine framing must be replaced is confirmed.

What we learned so far now that we can set a straightedge on both faces of the bottom framing is that the sistered ribs, or frames, are off-plane along the bottom. Several others are completely loose. (I only test the port frames here, but did so on starboard as well. About half of the stainless fasteners driven through the chine framing into the ribs have failed and those ribs are floating.

One conclusion is obvious, which I confirmed with her owner. This boat must have leaked like a sieve. What likely escaped the owner’s, however, is that the bottom framework is literally coming apart.

The hog at the stern is much longer and deeper than we initially surmised, and the aft framing is off-plane as well. I have seen this condition in hulls that have been hung from their lifting rings for extended periods of time. It is one thing to suspend your boat from the rings for brief periods, but your hull is not built to be hung for months and months on end.

Next comes releasing all those battens, marking each one so they can be re-installed in the correct order later.