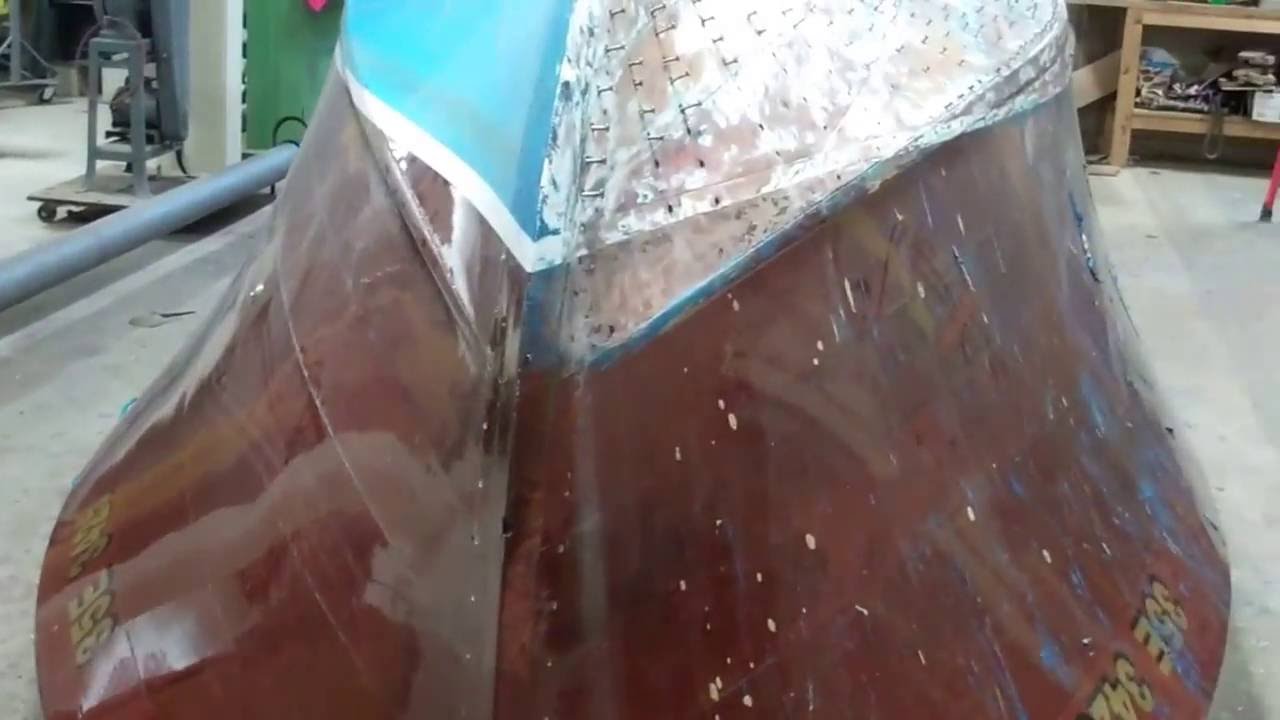 Such an interesting discovery, but completely consistent with the realities of sourcing materials, especially mahogany, in 1946, the year following the end of WWII. At least when building this boat, the 68th U22 of 1946, Chris-Craft chose Spanish cedar for planking the bottom, save for one plank on each side. That plank’s forward end would terminate above the waterline and be finished bright along with the topsides, so it is mahogany.

I know we have done so in the past, but I wanted to share with you once again John’s solution for removing the putty-like materials used to fill and seal countersinks and then fasteners below the waterline.

The Rotoabroach kit includes cutters of several diameters, one of which is 3/8”, which matches that of these countersinks. As you can see in the clip, he is able to clean countersinks down to the fastener head in rapid success.

An awl is used for cleaning the head, followed by removing the screws with a either a Phillips or a square drive bit in a screw gun.

We have employed the same procedure removing bungs from topside and deck planking, but here we drill a small pilot hole in the center of the bung, which guides the Rotabroach cutter.

The port side countersinks have been cleaned, and, as you see in the clip, the “only” step left is extracting a sea of both Reed and Prince brass, and Robertson – square drive – stainless fasteners, all of which will be banished to the recycling barrel.

We will save and re-install the two mahogany planks, but all of the cedar planks will be tossed once they have been used as patterns for fabricating new mahogany planks.