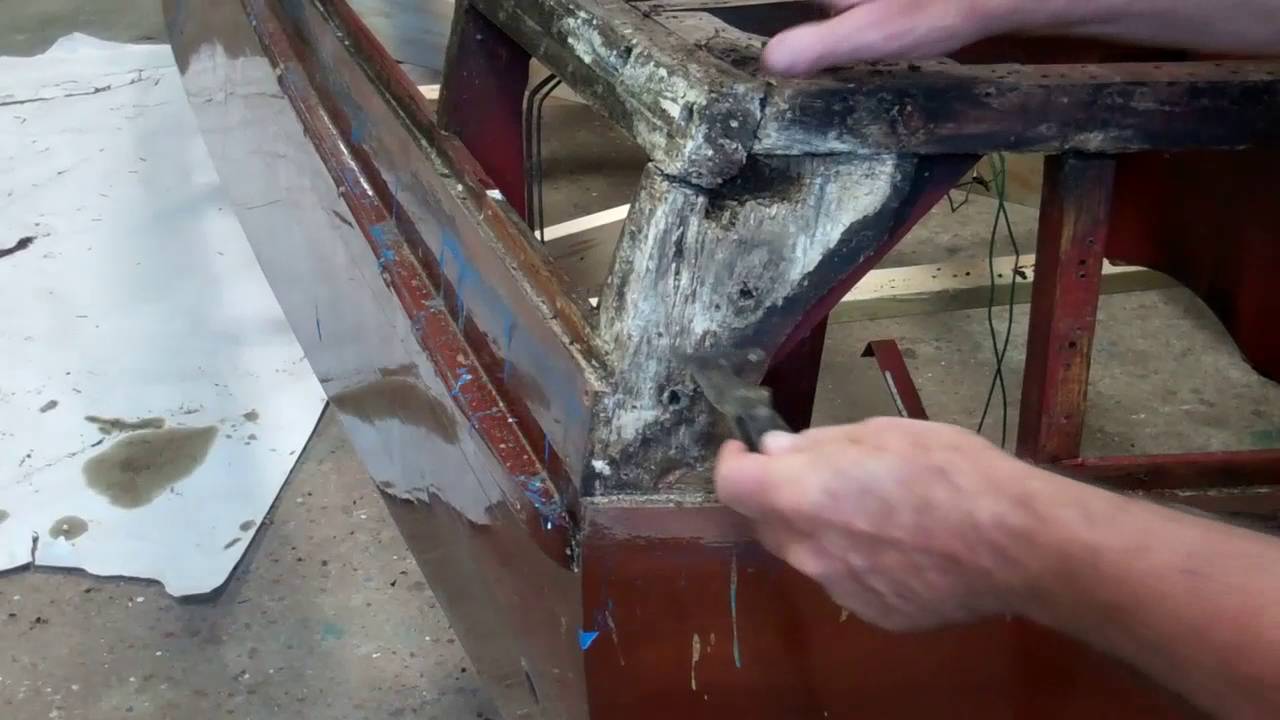 No more surprises, please! It is Monday, but discovering that, because of a water trap created by a previous “restorer,” the bottom transom corner on starboard is heavily rotted is not making my day.

Both gussets are rotted through and through, as are about the last 11 or 12 inches of the starboard chine frame. Replacing the gussets means releasing the number 2 starboard topside plank, a plank that runs full-length to the stem, and the super wide, middle transom plank.

Yes, the presence of failed stainless fasteners in the area confirms that someone has been in this area earlier affecting “repairs.”

Thankfully he/she did not get into the port corner. It is fine.

In much happier news, Eric, who owns an almost identical U22 that also suffered a drooping transom, shared a great strategy for addressing the issue in a manner that should be near permanent that his preservationist has innovated and employed.

His solution involves fabricating two keyed gussets, with grain running at 45 degrees to vertical, which he will through-bolt after stabilizing the framing.

The latter involves removing the transom planking completely and using bar clamps to squeeze everything back in place. Then the gussets will be bolted through each bilge stringer and vertical frame member, and down through the bottom bow.

An added benefit of this excellent strategy is that the two new gussets will allow her to be hung without worry of drooping in the future.