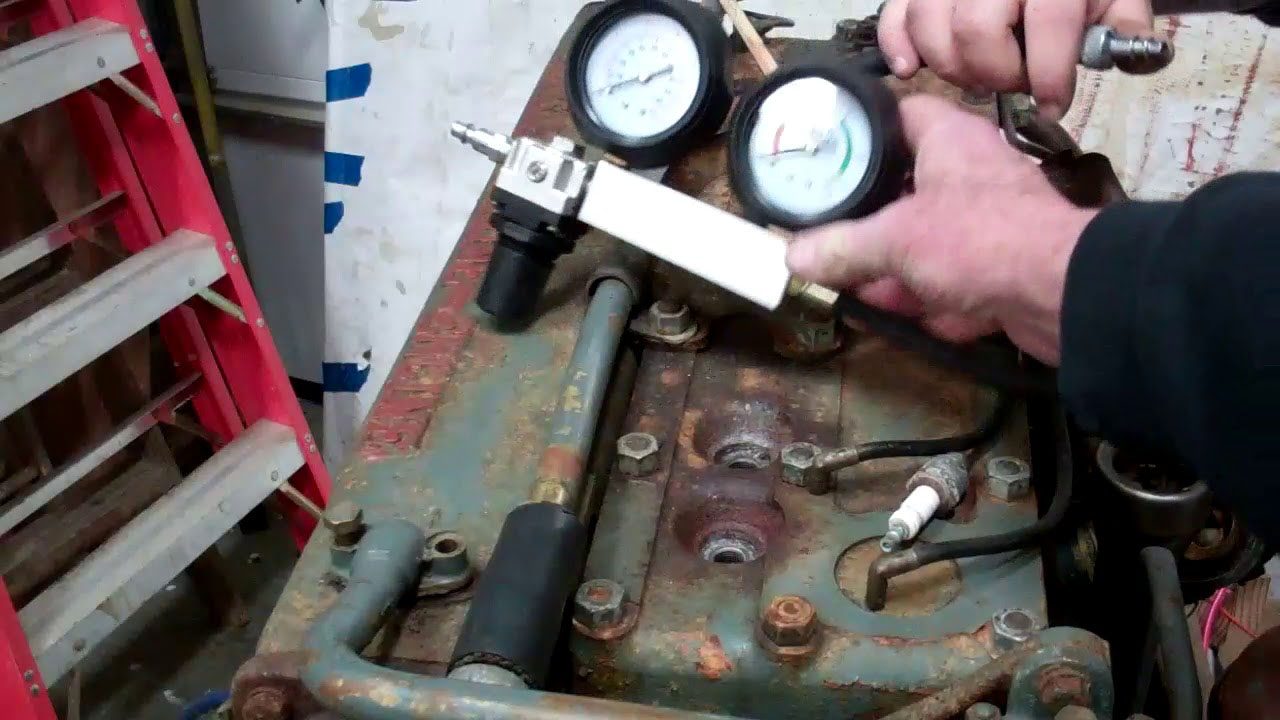 Using our Abn Cylinder Leak Detector & Engine Compression Tester Kit we performed leak down and compression tests on our 1947 Chris-Craft U22’s original Chrysler Crown flathead six engine. It failed both of them miserably.

While we only taped leak down testing of the number four cylinder, which scored the worst of the six, all six were tested and scored very poorly. After using a wood dowel to confirm that the piston was at TDC, we adjusted the tester and then put 90 PSI pressure to it. The result was 95% leakage. With readings ranging from about 50 PSI to 65 PSI, he compression tests on all six cylinders returned similarly failing scores.

According to Robert Henkel, Peter Henkel Inc., “The Chrysler Crown is the best, strongest and most reliable of all flathead six marine engines built from WWII on, but all of them wear out.

“This one has served its owners for many decades without being rebuilt. Based on your leak down and compression tests, it’s just tired, worn out. It’s time to tear it down and rebuild it. It could be a failed head gasket, but with numbers as low as your results, I am guessing, but will not know for certain until we tear it down, that it’s reached the end of its useful life.”

He also reminded us that this engine went through a bottoming that destroyed its running gear. “It’s likely we will also find major damage to the lower end of the engine, especially the crank shaft, bearings and connecting rods.”

Crating and shipping it to him next week is our only option.