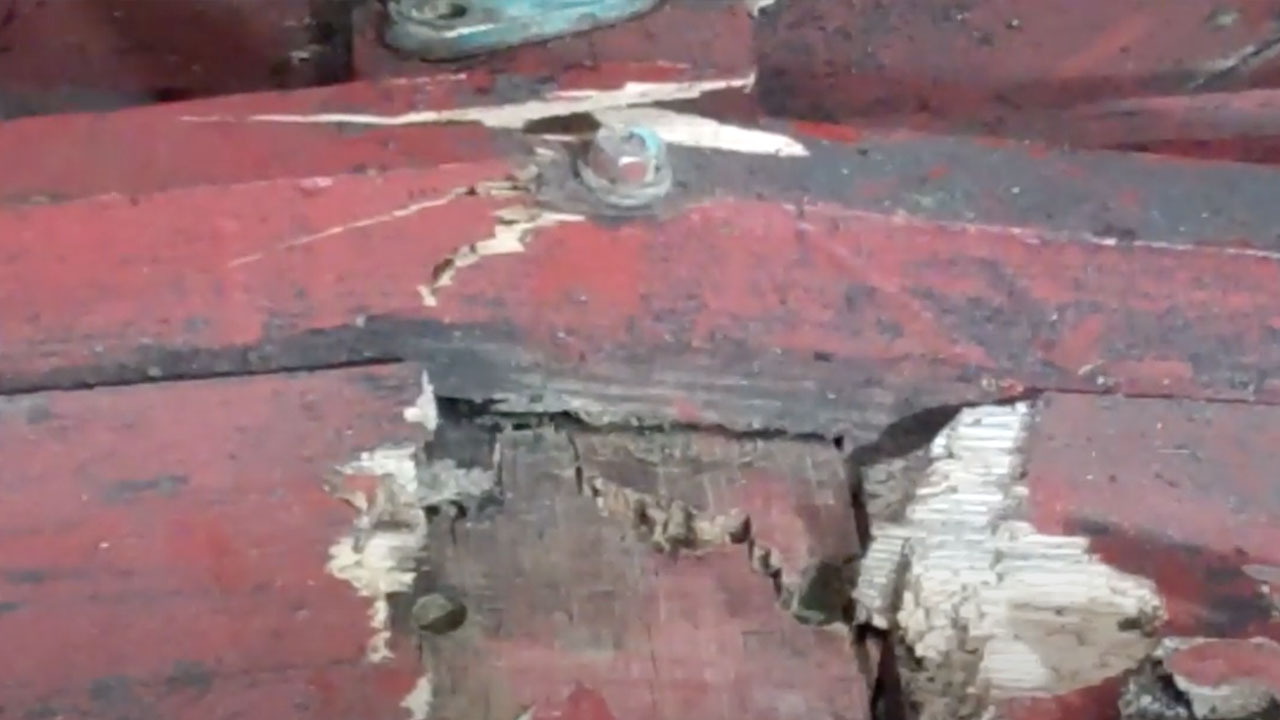 As introduced in her last video, this 1947 cedar-planked U22 ran hard aground last fall. We have now finished deconstructing everything in and on her hull, and finally can get a good look at and begin to understand the resulting damage to her hull and running gear.

Save for the last two athwart bottom frames, the rudder log installation plank, the final 3 – 4 feet of keelson and keel and the center transom frame, the hull ahead of the prop shaft log escaped damage. Indeed, structurally, this U22’s hull is as sound as any we’ve worked on to date.

That said, encountering the ledge and stones on the bottom visited major damage from the prop shaft log aft. Save for that shaft log, all of the running gear was destroyed. Indeed, we will not even be able to release the rudder shaft log unless and until we release at least the bottom transom plank, but it was distorted beyond repair as well.

Later today I will strip the transom, release the bottom plank and probably the next one up in an effort to expose the rudder shaft log enough so we can release it.

At the very least, we must replace sections of the keel, the keelson, the last two athwart bottom frames, and the center transom frame, which means also releasing significant sections of the bottom. (We cannot really understand the full extent of the hull damage before she is flipped, her bottom is stripped and we begin releasing bottom planks.)

The good news is that I have been able to source all of the running gear components, save for the strut, which will be cast anew in bronze in Michigan, thanks to Robert Henkel and Peter Henkel Inc.

Yes, this video is long and detailed, so I will allow it to speak for her rather than asking you to read endlessly here.