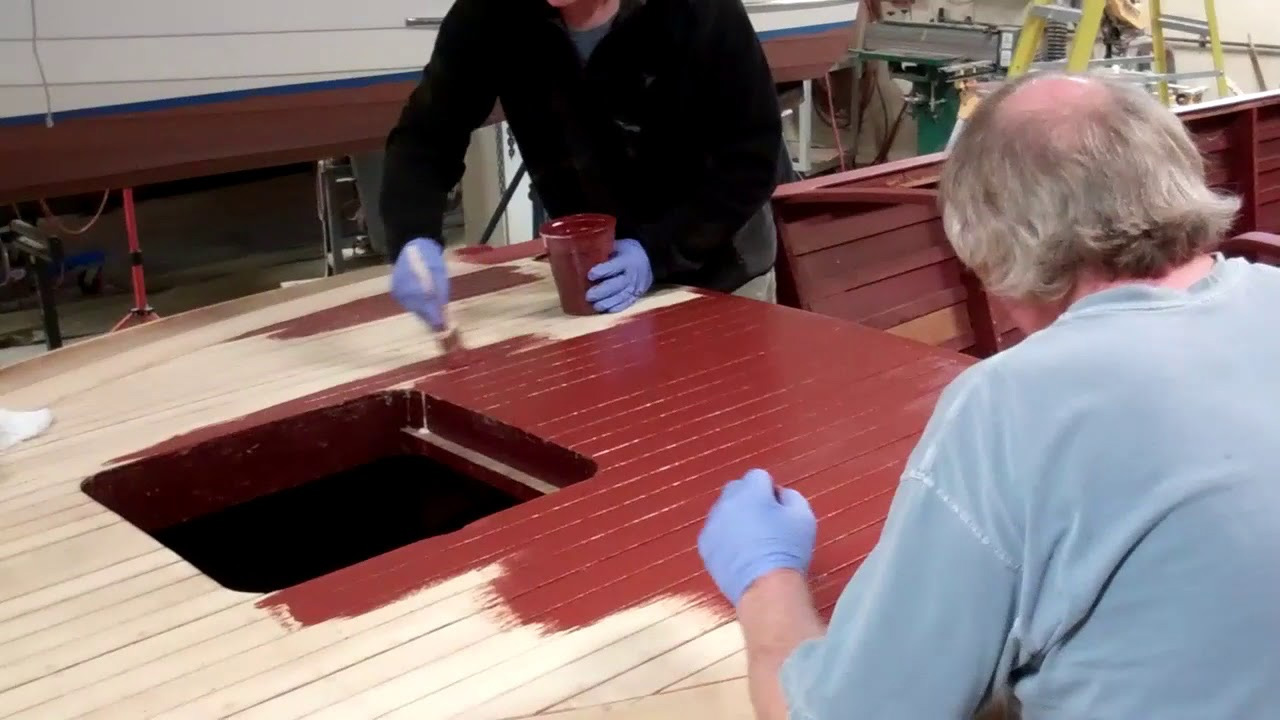 Staining the 1946 Chris-Craft Brightside U22 is a daunting task, one that we divided into two parts. The morning was devoted to staining the decks, covering boards and helm seating framing. The topsides and transom were attacked after lunch.

RJ applied the stain, with John and I following behind. Interlux’s and the literature’s guidance notwithstanding, we no longer wait until the stain has flashed – turned a uniform dull color. In our experience, and especially with such a large surface area being stained, allowing all or most of the thinner to flash off, creates an unwinnable race against the stain becoming so dry that removing all residue and achieving a uniform color throughout the boat is nearly impossible.

Rather, RJ applies, followed almost immediately by John and me. The first scrubber works the wet stain into the wood, doing very little actual cleaning in the process. The second scrubber follows, repeatedly changing the cheesecloth pads and making a first pass at cleaning. Then the first guy follows the second with a goal of releasing all of the residue without actually scrubbing the filler stain out of the wood grain’s valleys.

We use only circular and cross-grain strokes while executing this process.

You be the judge, but we feel that we get a much more uniform final product using our method, and we need not go through the misery of scrubbing drying varnish, which can leave dark, almost burnished patches of stain in its wake.

Check out the next clip to see why the three of us were beat by day’s end.