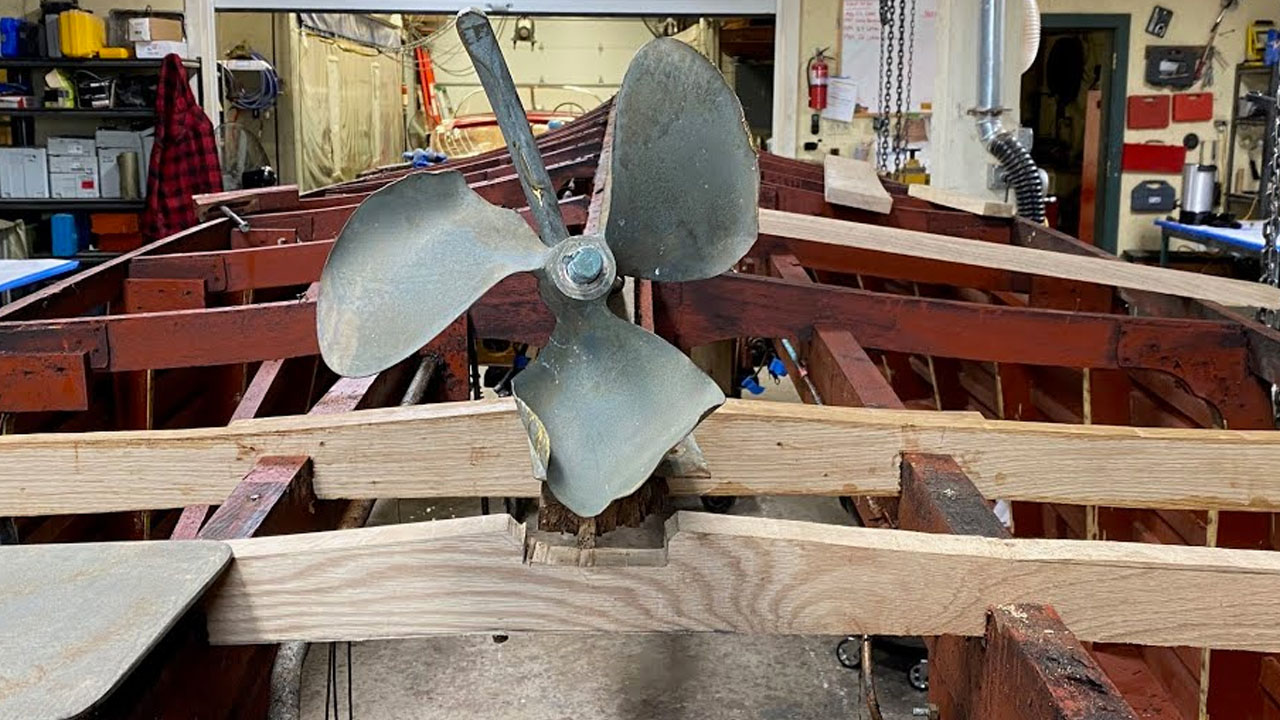 This video is prompted by a comment from Mike Erstad on our last video, the one bringing the snapped port bilge frame onto the table.

Mike’s comment, “The way you described, it sounds like they were in a port side turn at high speed and didn’t make it out of the shallows before grounding….”

I replied, “Mike, your comment, together with emails I have received, prompted me to insert the prop shaft-strut assembly into the shaft tunnel and set the strut in place … at least as well as It fits. Now we have a puzzle. The gouge in the bottom plank well forward of where the shaft exits the bottom is clearly on starboard, but, as you will see in the video I will shoot in a while, the shaft-strut-prop assembly and the rudder are bent towards, not away from starboard! We’ve puzzled with what we see and our initial thought is that, as the assembly was driven towards starboard, a counterclockwise – viewed from the transom – torque force was visited on the strut , forcing its mounting block and the two frames that were destroyed into the port chine frame, snapping them in the process.”

So, here is the promised clip. And your thoughts, theories, hypotheses are?