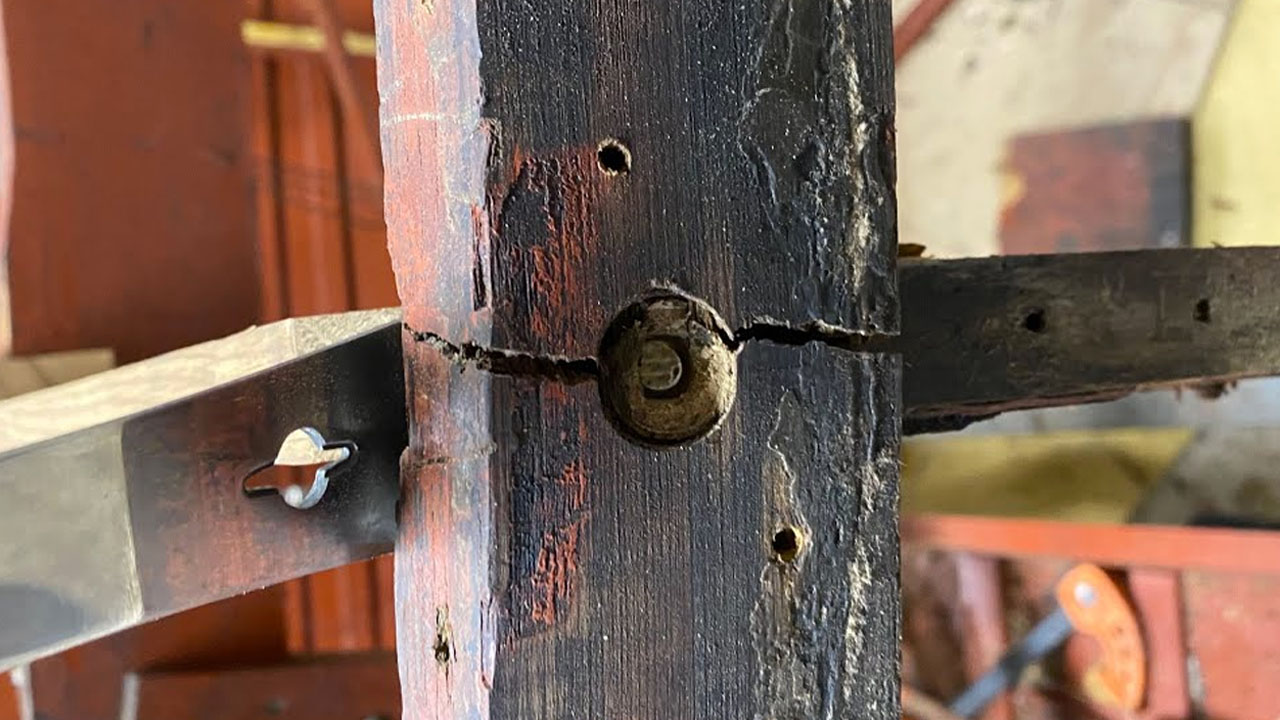 With her bottom completely stripped and cleaned, we gained a clearer view of the frame components, and discovered one more significantly damaged component.

Remember, her bottom initially slammed into a submerged rock or ledge about halfway forward of the transom, leaving a huge gash/scrape in the affected bottom plank.

Next her running gear bottomed out, being hit from the starboard side and driven towards port. Until today, when Joe was installing two replacement frames, he discovered that the hull, especially aft of the prop shaft tunnel will rack laterally when shaken from side-to-side. Why?

This is why, when working on a bottom, releasing the chine plank is critical. Doing so exposes the chine-frame-bottom-frame joints, which permits close inspection of each landing, as well as the bolts holding things together.

We will cut a sixty-degree angle scarf into the time frame two bays forward, fabricate a new aft section and then secure everything together with silicon bronze carriage bolts passing through a scarf block and through the new and old frame sections. Everything will be joined using 3M5200 adhesive.