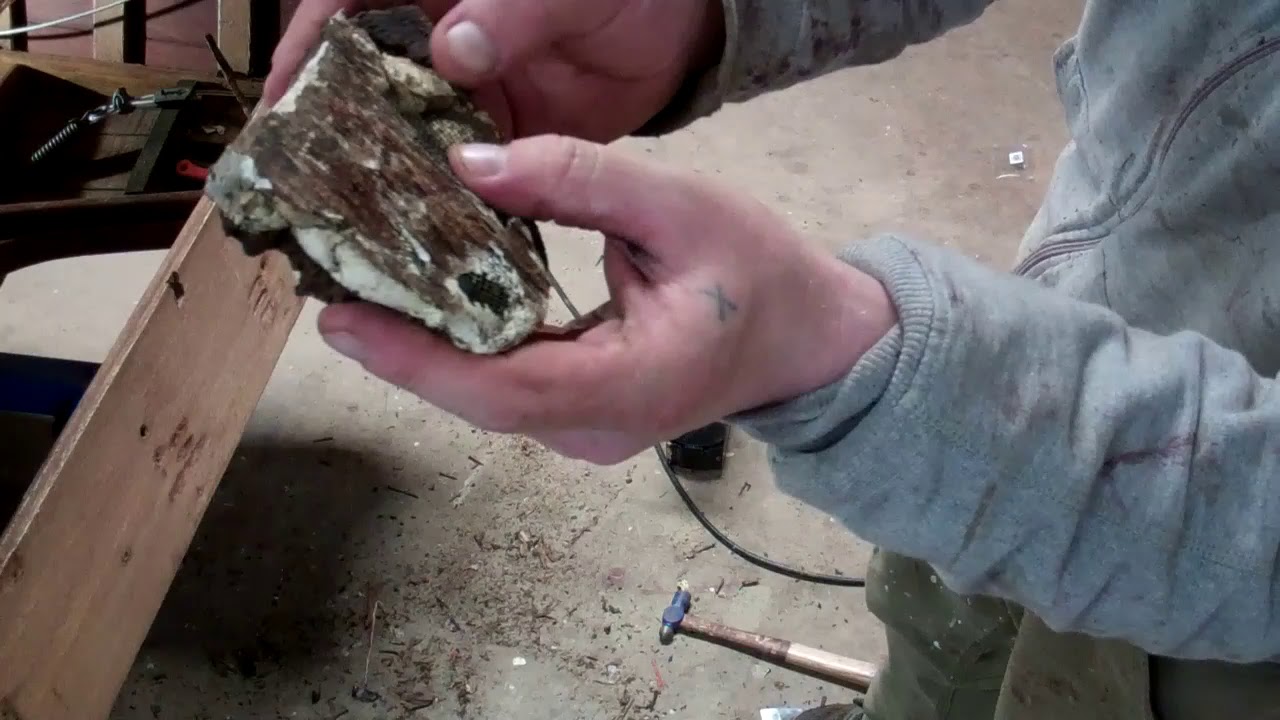 Not only were our worst fears, implicitly expressed in Part I of this pair of clips, confirmed, I was blown away by the fact that the bottom “bow,” pronounced “beau,” were not only severely rotted, they were also quite wet. Honest! She has not been in the water since last fall, has been in dry cold storage since then and, yet, the bottom bow pegged our moisture meter and more.

As soon as we release the bottom transom plank and the framing, RJ will begin fabricating a new one. Replacing the transom’s interior framing was not in our scope of work, as we hoped against hope that the dark wood we observed during our initial observations might “only” be a bit of surface rot.

Not! This situation adds complexity to our project elsewhere as well. The two transom frames running behind the topsides are secured by copper nails driven from outside through the topside planking and into these frames.

Sadly the forward of the two courses of fasteners run through topside planking that is finished bright. We will do our best, but now fear that stripping and finishing the topsides anew has been added to the SOW.

RJ will fabricate and then he and I will temporarily install the bottom plank, the one we have just released, first, which will ensure the hull retains its proper shape.