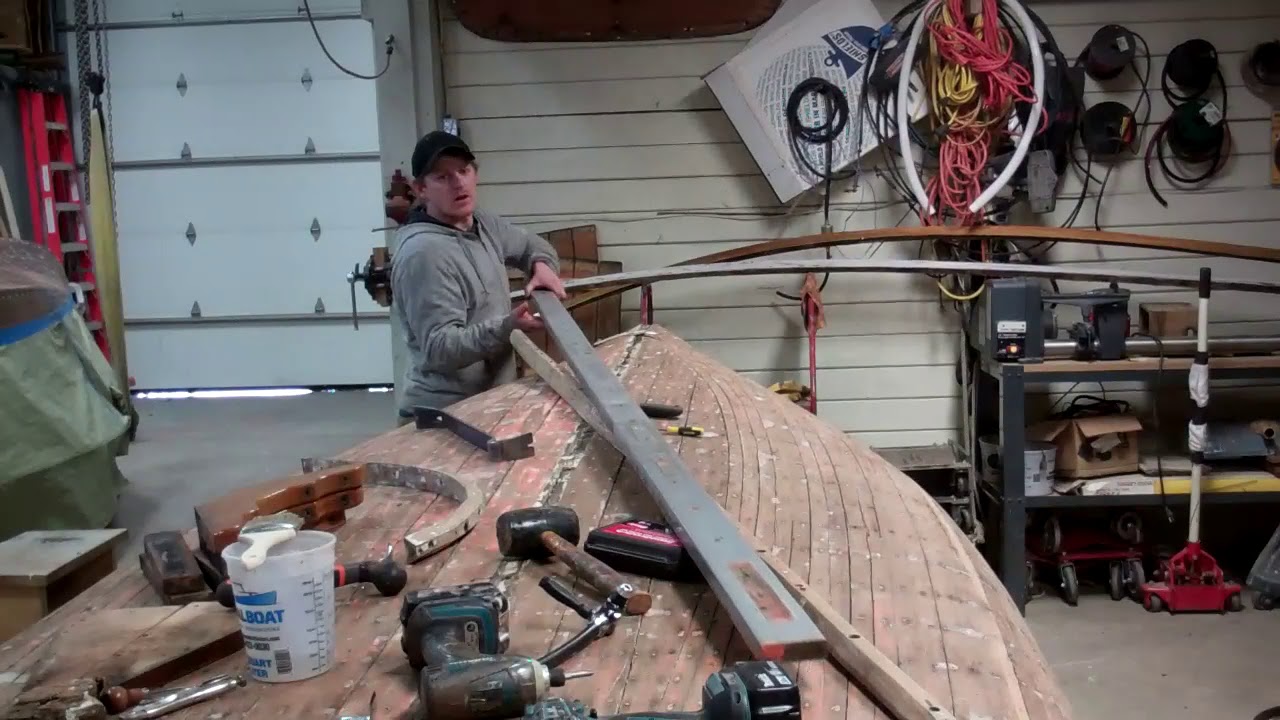 With the keel, outer stem and splash rails released, and having cleaned all of the 5200-like material out of the bottom plank seams, our attention turns to the transom.

The transom is two planks that have been fixed to both the topside and bottom planking, but also to a series of frames. Individual frames run along the bottom, sitting on the bottom planks, across the top and down the sides of the transom. A pair of inverted “V” frames stiffen the transom’s center.

Upon initial inspection RJ and I were troubled by what appeared to be very poorly conceived and executed repairs to the center and port frames. The “Dutchman” attempted at the bottom of the pair of center frames not only created a powerful water trap, the rot growing there propagated and destroyed the bottom bow – “beau”.