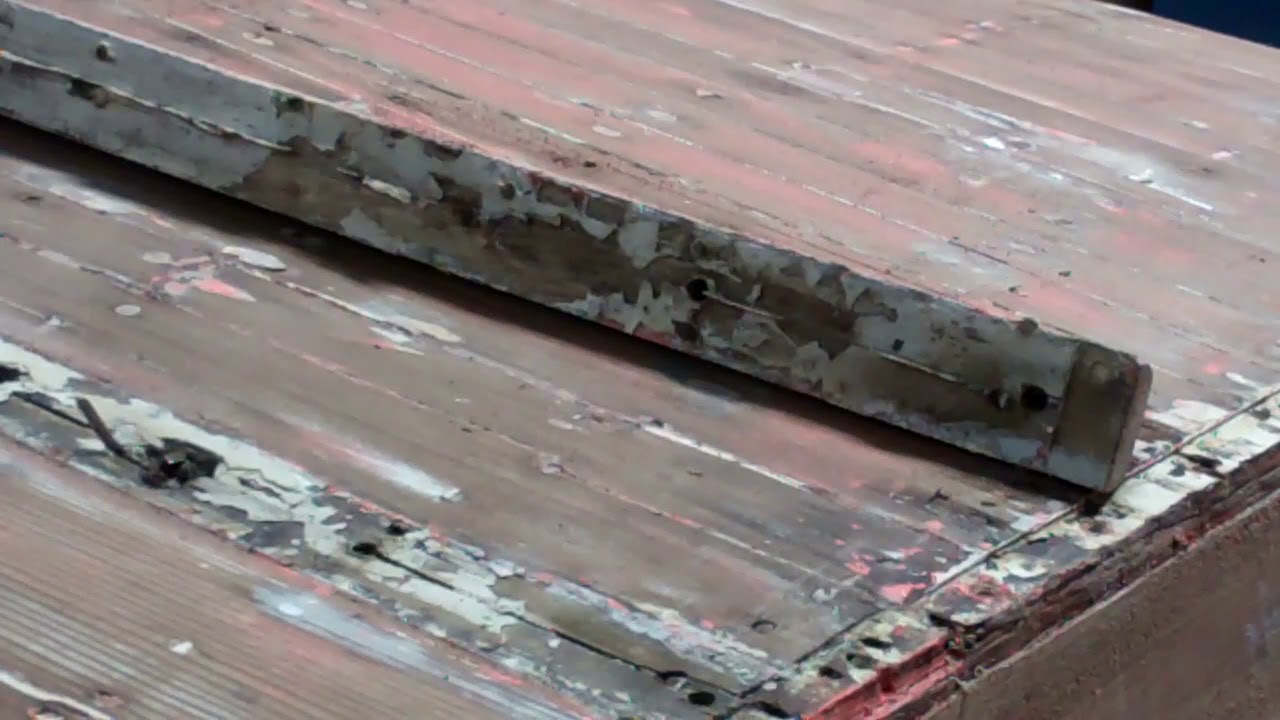 Today we released the keel and began releasing the keelson and the transom framing.

While the keel is in excellent shape, both in terms of being straight and sound, it has been off the boat at least once and sealant was given short shrift when it was last installed. As a result there is some rot, not so much that it cannot be repaired, on the garboards where they lie beneath the keel and the keelson.

Her owner informs me that the keel was not released by the shop that worked on her in 2007-08, but the myriad of plugged mounting holes tell us that it was released sometime prior to that work being done.

The paucity of sealant means that water will find its way into the bilge.

It will also sit in the bilge. That there is not more rot is testimony to the care given her by her current owner.

The rot we did find beneath the keel is far forward, and at the joint between the keel and the lower portion of the stem. That curved section runs from its joint with the keel up to the splash rails.

Once we have the keelson and garboards out of the hull, everything, garboards, keelson and keel, will be cleaned to absolutely bare wood. Once the components have been sealed and receive three coats of Clear Penetrating Epoxy Sealer, they will be set aside.

Next comes the most fun. The failed transom, which we must replace, must be released from the hull. That it is secured with many, many copper nails, and not wood screws, makes this task particularly challenging, but doable using a FEIN MultiMaster and the thinnest, narrowest blade we have. (That they are copper, and therefore quite soft, should translate into the MultiMaster zipping right through the nails leaving a clean surface behind.