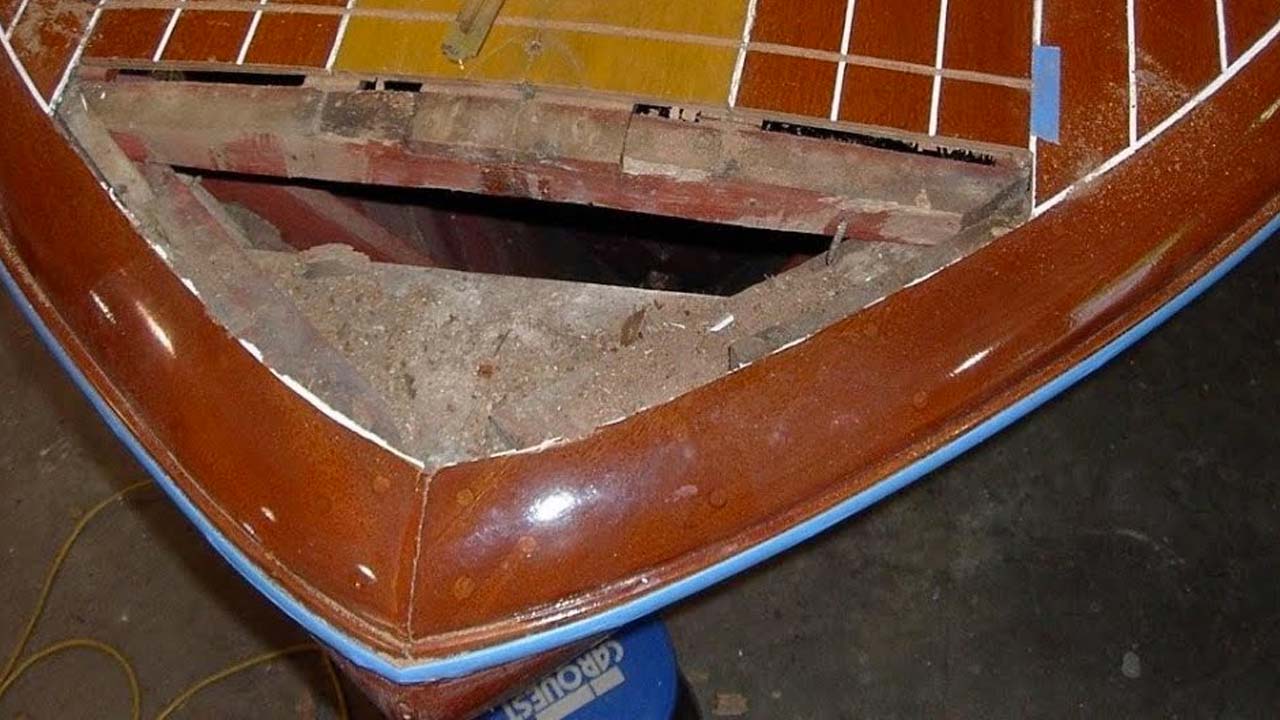 We have launched the preservation of a beautiful 19′ 1956 Chris-Craft Capri that has been the victim of some “difficult” restoration over the years.

She has been re-powered several times and now has a GM 350 automobile engine in her bilge that was marinized using what appears to me an Osco conversion kit. We will know more once we have shipped her to Robert Henkel, Peter Henkel, Inc. in Marine City, MI (www.chris-craft-parts.com)

The engine is too long for its bay, so the lower forward pulley invades the aft cockpit about 2-3 inches. This fact forced someone to add a stand-off addition to the upper aft seating assembly, which, in turn makes the seat back uncomfortably erect. Correcting the latter issue means either moving the engine aft, which is impossible, or swapping engines, which seems to be overkill given the expense involved. (I will ask Henkel if he can install a shorter lower pulley and assembly.)

Beyond that, I will let my commentary with the clip convey the issues we must confront.

One added thought. Several times this week, potential clients have complained bitterly when I share the reality that, unlike auto repair which is billed by the flat rate book, the cost of preserving antique and classic boats is largely a crap shoot unless and until deconstruction is behind us. Even then, moving forward all too often exposes additional issues.

Bottom line. I can offer a ballpark guesstimate most of the time, but in no way can I be held to it. We will know how much it will cost when we are finished preserving her; not a minute before. Anyone who tells you otherwise is blowing smoke you know where.